A short movie by a Patiala youth was selected for a special “Savaaya” prize, that was named after movie’s title “Savaaya”. The film did not rank on any of the declared positions as those three positions were occupied by short movies Example, Kaafir? and Gurmukh.

A release by SikhNet.Com notes that: “This year, a fourth film, Savaaya, caught the imagination of so many who watched it, and we really wanted to reward the filmmakers for their work. This wonderful and humorous film tells a very powerful lesson from Sikh history about abundance and the Guru’s blessings. It’s so good that it caused us to create a special “Savaaya” award of a $500 cash prize to this film. Thank you for making us laugh and teaching us a lesson as well.”

The concept illustrated by the movie  that “Language affects our attitudes, and reflects the tides of history”, was considered powerful by viewers and reviewers. This film shows how one word exemplified the victorious spirit of some the Khalsa during toughest times of the Sikh history. 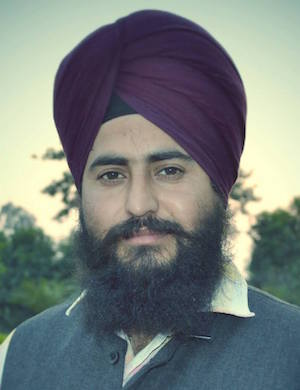 Talking to the Sikh Siyasat News (SSN) Savaaya’s story writer Sukhwinder Singh Rataul said that the people’s response to their movie had enhanced their confidence.

“This was our first attempt and I know there were many technical flaws in the movie but it is a major encouragement for us that the viewers accepted our movie with all it’s flaws and praised the concept of the film” Sukhwinder Singh told SSN over phone.

“The viewers reponse has also posed us a challenge that we should improve our work” he added.

“Like myself, it was first such venture of Avreet Singh (director of Savaaya) and the special recognition to the film is a major moral boost for our team” said he.

He said that he decided to take up this concept because met with a lot of people who emphasised that attending positive attitude seminars were basic need of today’s society. “I used to think that the prime, major and practical source of positive attitude for our society is the our history where the GurSikhs exemplified the concept of “charhdikala” in practise. Therefore we decided to make this movie”, said Sukhwinder Singh.