Chandigarh: Punjabi singer Sidhu Moose Wala had come in close proximities with the Punjab police administration in past few months. The link turned so close that Punjab police had lent its official logo to a song sung by Sidhu Mossewala and the song was released/tweeted by Punjab police chief DGP Dinkar Gupta over Twitter.

All this did not stop here. Punjab police personnel allowed Sidhu Mossewala to use sophisticated automatic weapons and extended him help in shooting target in a training range. This venture took place at Badbar shooting range on May 4 amidst lockdown and curfew in Punjab. The shooting was arranged by a Punjab police DSP.

When the gun shooting video of Sidhu Moose Wala and police personnel went viral over social media, the Punjab police registered a case against the singer.

The cases were registered on directions of @DGPPunjabPolice Dinkar Gupta, who also ordered immediate suspension of DSP Headquarters Sangrur, Daljit Singh Virk, pending enquiry on charges of delinquency in duty…….(2/2)

Barnala police on Monday (May 4) registered criminal cases against Sidhu Moose Wala and five police personnel, after a video showing the singer shooting at a firing range went viral on social media.

An official press release says that “SSP Sangrur to conduct a preliminary enquiry, which prima facie established that the DSP had facilitated the shooting at the firing range in village Badbar, at a time when the entire state is under curfew. On receipt of the report, a Departmental Enquiry was initiated against the DSP and cases were registered against the accused.

A criminal case, FIR no. 57 dated 4.5.20 under sections 188 IPC and section 51 of the Disaster Management Act, has been registered at Police Station Dhanaula, District Barnala against Sidhu Mussewala r/o Mansa, Karam Singh Lehal r/o Sangrur, Inder Singh Grewal r/o Sangrur, Jang Sher Singh r/o Patiala, and 5 police officers, including one Sub-Inspector, two Head Constables and two Constables. All the police officers are posted in Sangrur district and further investigations are in progress, an official spokesperson of the Police Department said.

Sidhu Mooswala used sophisticated automatic weapon (AK-47), most likely belonging to the Punjab police, but he is booked only for violating curfew (u/s 188 IPC) and for obstructing officials or refusing to copy with directions under Disaster Management Act (u/s 51 DMA).

When checked by Sikh Siyasat News (SSN) on Tuesday (May 5) at 10:18 am (IST), the FIR No. 57 was not available for Dhanaula police station on Barnala police website. 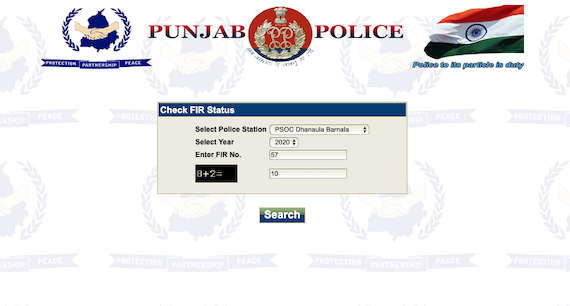 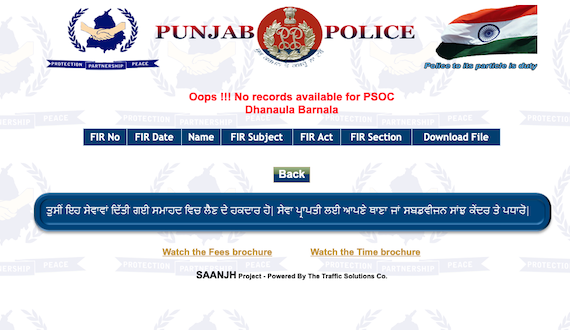