Ludhiana: Dakha’s Akali Dal MLA Manpreet Singh Ayali faced an embarrassment when four schoolgirls today refused to accept bicycles being distributed by him to express their resentment against the incidents of beadbi of Guru Granth Sahib.

One of the girls questioned Badal Dal MLA Manpreet Ayali as to why the government failed to trace those responsible for discretion acts.

According to The Tribune (TT) Manpreet Ayali termed it a minor incident and said some girls were upset over the sacrilege incidents. “I told them that the government is committed to act against the culprits. The government has already increased punishment for discretion acts to life imprisonment,” he said.

The incident took place at Government Senior Secondary School for Girls, Sidhwan Bet, where Ayali had gone to distribute bicycles among students under the Mai Bhago Scheme. 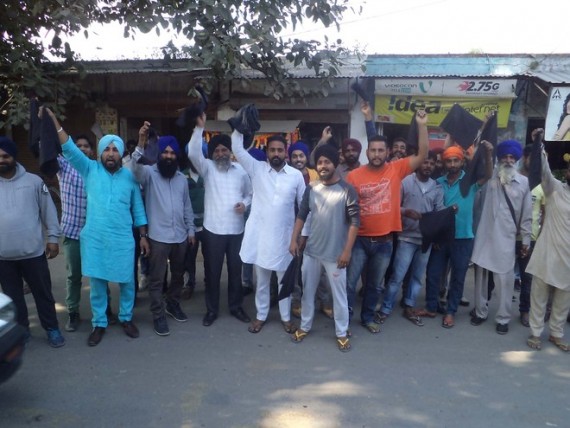 Sources said initially, several girls refused to accept bicycles as a mark of protest against the government, but the school authorities managed to convince them.

Manpreet Ayali distributed 152 of the 156 bicycles. The sources said three students refused to accept the bicycles while another who had first accepted the bicycle returned it later.

Paramjit Kaur, DEO, secondary, said she was not aware of any such incident.

Several villagers showed black flags to some Akali leaders of Jagraon constituency at Galib Kalan village. Jagraon legislator SR Kaler was supposed to visit the village but he cancelled his visit at the last moment. When some other Badal Dal leaders went to the function, the villagers waived black flags.