Moga, Punjab: Marking India’s Independence Day as the ‘Black Day’, the Dal Khalsa said they would continue with its struggle for independence till its achieved.

Activists of pro-freedom Sikh body converged at Moga and resorted to public protest. They reiterated their commitment for peaceful and political resolution of the Sikh issue.

They demanded right to self determination for people of Punjab.

Led by party head HS Dhami Dal Khalsa activists said Sikhs want to become masters of their own destiny. He said since independence of India, instead of getting rights and freedom, Sikhs have got bullets and jails. Our honour and rights have been robbed, said Dhami. 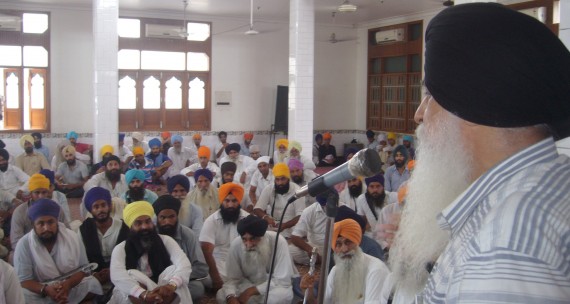 “Our Culture, Language, heritage is being distorted and loot of our natural resources (River Waters) has no parallel. Our Shrines are being brought under the control of RSS directly”, he said.
For the minorities and struggling people, the political conditions in the country was alarming a volatile, he added.

Giving a call for boycott of Aug 15 celebrations, he said India’s hold on Punjab was unacceptable. 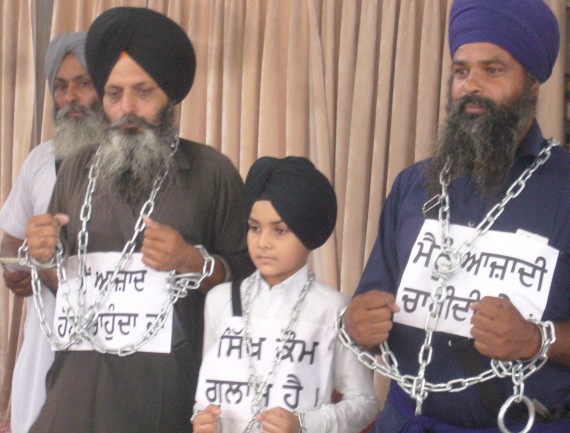 On police crackdown on Sikh activists supporting the campaign for release of Sikh detainees who have served maximum prison terms, he said the continuous detention of Kanwarpal Singh and Harpal Singh Cheema was not based on legal reasons but political.

He said the present political establishment of the country was totally arrogant and drenched with “power nasha”.

India’s refusal to recognise Sikh aspirations for freedom was main stumbling block in souring relations between Sikhs and India.

To prove their points Speakers after speakers narrated the incidents of injustice , humiliations, insult and torture to which the Sikh nation has been subjected since 1947. 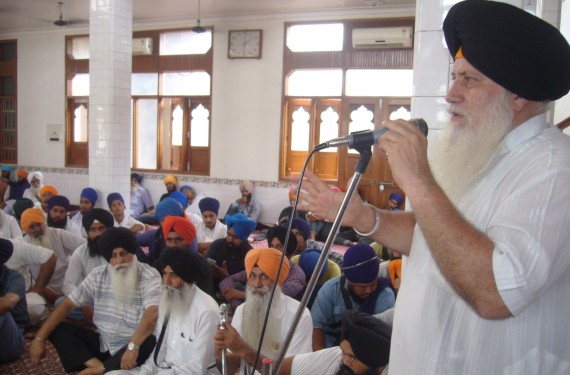 Satnam Singh Paonta Sahib spoke in detail about the promises of the Indian leaders has made to sikh leaders before the Independence and were never fulfilled. Since then Sikhs has been struggling to safeguard their interests may it be their language , culture, religions .

“There are different set of rule for different communities in India” said Dr. Manjinder Singh , Gen Secretary of Dal Khalsa. If likes of Mr. Assemanand and Ms. Mayacodnani can be released on bail who have committed much more heinous crimes, why Sikh prisoners are not being released after completion of their sentences, Dal Khalsa leader argued. It is sheer lack of will on the part of Punjab Govt.

Paramjit Singh President of Sikh Youth of Punjab said that spread of drugs in Pujab is a well planned conspiracy to finish the spirit of Sikhism and make them unaware of their rich heritage. He said through safronization of education the minorities are being decimated.

Gurpreet Singh another Sikh Youth leader called upon the youth to understand the evil designs of majority community and work for glorification of Sikh Nation. “It is our duty as well as challenge for us to get ourselves educated about injustice to Sikh Nation and educate the society” he said.

Others who also spoke on the occasion were Jagjit Singh Khosa and Surjit Singh Khalistani.