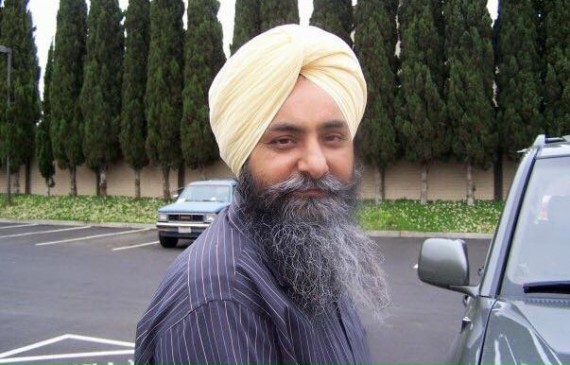 There is growing speculation across the global Sikh community that agents of the Indian authorities sanctioned the murder of US citizen, Satwinder Singh Bhola in Chicago late Sunday night.

He was fatally stabbed at around 11.45pm by unidentified attackers as he arrived back from work and after he parked his car in the parking lot next to the family apartment.

Robbery has been ruled out as he was carrying around $2,000 and a blank cheque that were not taken.

Speculation is rife that he was killed as he is the son in law of 82-year old Bapu Surat Singh who has been on hunger strike in India for more almost 215 days seeking the release of Sikh political prisoners inIndian jails. He had recently returned from India while his wife, Sarvarinder Kaur, has been constantly on her father’s side.

Threats of this sort by the authorities were made public by Bapu Surat Singh hours earlier. He has been increasingly pressured to end his hunger strike and this shows the Indian authorities are prepared to take extreme measures and even kill on US soil.

‘US intelligence agencies will be able to quickly establish if the Indian authorities were directly responsible for this shocking and unforgiveable incident. We expect the US State Department to take extremely tough action against India for murdering an innocent US citizen on its soil.’

Bapu Surat Singh responding to the tragic news of his son in law’s murder said:

“Satwinder Singh Bhola was closer to me than my own son….but closer still are those Sikhs languishing in prisons, this incident will not affect my resolve or determination for the cause to free Sikh political prisoners”.