Sikh Anger spreads as Govt. fails to nail the culprits of Beadbi; Protests held across Punjab, Haryana, UP, Rajashtan

Chandigarh: Punjab government’s recent announcements withdrawing cases registered against Sikh protesters and formation of SIT and judicial inquiry into incidents related to beadbi of Guru Granth Sahib near Kotkapura in Faridkot district, seems to have failed to contain the Sikh anger against Punjab government’s failure to nail the culprits. Punjab police’s 14 October firing on peacefully protesting Sikhs, in which two Sikhs were killed and many others were injured, has fueled the anger.

Sikhs in large numbers held massive protests and demonstrations across the state. Protesters bitterly the Punjab government and the Punjab police for its failure to arrest culprits involved in theft and sacrilege of Guru Granth Sahib. Protesters demanded that the police personnels responsible for killing two Sikhs at village Bahbal Kalan on Oct. 14 should be booked for murder. 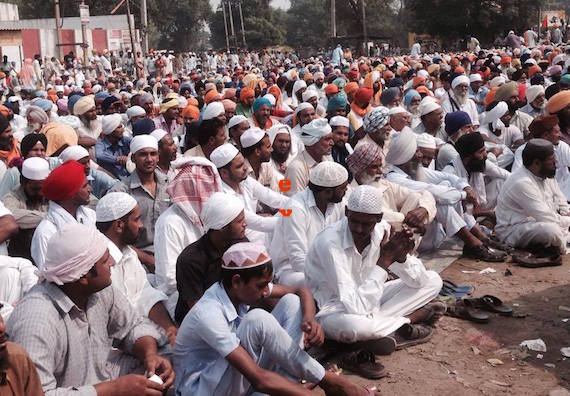 Demonstrations were also held by the Sikh sangat in Haryana, Uttar Pradesh, Jammu and Kashmir and Rajasthan. 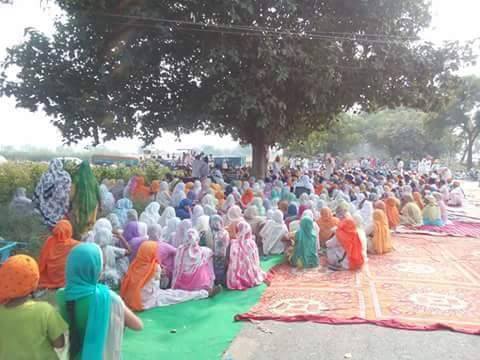 A number of women participating in a protest demonstration at Nathupur, Bathinda

The Shiromani Gurdwara Prabhandak Committee, SGPC that has come under fire for its failure to represent Sikh sangat’s feelings on this issue, also held a demonstration in Amritsar. SGPC officials and employees staged a sit in and demanded action against culprits involved in sacrilege of Guru Granth Sahib.