New Jersey: “A Sikh attorney has been appointed as the top prosecutor in the most populous county in New Jersey, becoming the first South Asian to occupy the post in the state” informs a KhalsaBook.Com news letter. 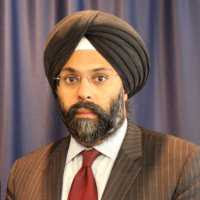 As per information Gurbir Singh Grewal was nominated for the post by New Jersey Governor Chris Christie in 2013, but the Senate never scheduled a hearing on the appointment.

A report in news website NorthJersey.com said Gurbir Singh Grewal has fought major white-collar crimes for the US Attorney’s Office and most recently served as chief of the Economic Crimes Unit in Newark.

The report quoted Grewal as saying that he hopes to work to build on the reputation of his office and enhance it.

He told the gathering at his swearing-in that he “cares deeply” about the county and is “deeply committed to public service.”

He reportedly said he intends to meet other law enforcement personnel over the next several weeks to know their challenges and resource issues.

“I hope to prove to you over the next several years, and maybe more, that I’m a quick learner, I’m a hard worker, and I will always be straightforward,” the report quoted him as saying.