“Sikhs will be able to access Sikh Aware UK online to log anti-Sikh hate, discrimination, harassment and racism in all forms including all incidents of hatred where Sikhs are victims”, reads a statement by Sikh Council UK.

“It is widely acknowledged there is underreporting of anti-Sikh hate crimes. In recent years Sikhs have been susceptible to attacks in particular due to their distinct identity in the form of the Sikh dastar (turban). In some cases Sikhs are the victims of hate crimes where the perpetrators are in fact motivated by Islamophobia. In response to Freedom of Information requests from the Network of Sikh Organisations the Metropolitan Police confirmed one in four victims of Islamophobia hate crimes recorded by the Metropolitan Police in 2015 and 2016 were actually non-Muslims”, the statement reads further.

Gurmel Singh, Secretary General, Sikh Council UK, said “It’s important for Sikhs that there exists mechanisms for accurately recording anti-Sikh hate crimes in order to effectively challenge them as well as provide support to victims. One of Sikh Aware UK’s aims will be to enable the effective production and publishing of research and monitoring into anti-Sikh hate crimes by Sikh organisations and others.” 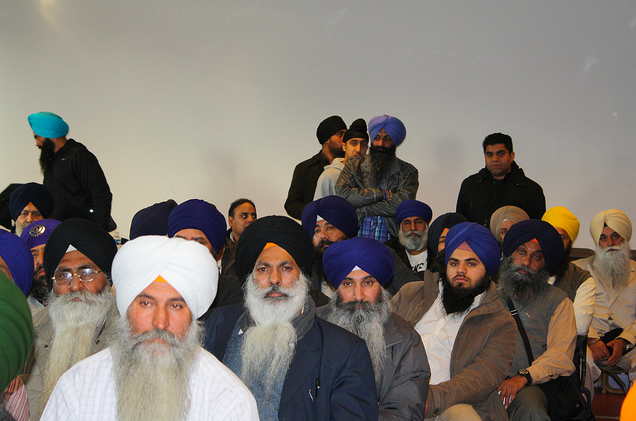 Ravjeet Singh, Chair of Community Safety, Sikh Council UK, said “It is pleasing to note many Sikh organisations from a cross section of the community are supporting and partnering in this initiative and we aim to increase this number over the coming weeks and months. Sikh Aware UK will be a collaborative effort and Sikh Council UK Community Safety Committee will administer a steering group of partner organisations to make this a success”.

Sarah Newton, Minister for Vulnerability, Safeguarding and Countering Extremism, said: “Hate crime is not and never will be acceptable. It has no place in Britain that works for everyone and this Government is determined to stamp it out. We have committed £2.4 million to protect places of worship from hate crime attacks and welcome applications for funding from Gurdwaras. From April 2016 we required police to collect data on hate crimes based on religion targeted, including Sikhism. And last year we published a new action plan which focuses on reducing all hate crime, increasing reporting and improving support for victims. We are seeing more people having the confidence to report hate crime, and Sikh Aware is a valuable initiative to encourage reporting and help create a better picture of hate crime against Sikhs.”

Minister for Faith and Integration Lord Bourne said “This Government is committed to preventing acts of hatred and hostility against any community. We know that all hate crime including that targeted at the Sikh community is under reported. That’s why we’re supporting this collaborative programme to encourage greater reporting. Every community in Britain should feel confident in standing up to the perpetrators of hate crime, making clear that hate and intolerance has no place in our country”.