Trenton, New Jersey, USA (September 06, 2014): According to a release by the United Sikhs, US based NGO collaborated with the New Jersey Office of Homeland Security and Preparedness to create a Sikh Cultural Sensitivities Training program.

“This program is online at NJLearn, the internet training system for all New Jersey first responders. Its goal is to educate first responders, including fire, police, and emergency medical personnel on the Sikh community, its articles of faith, history and culture” reads a release sent to the Sikh Siyasat News (SSN) by the United Sikhs.

As per information the United Sikhs Staff Attorney Manmeet Singh worked closely with staff at the NJ OHSP in developing this program. 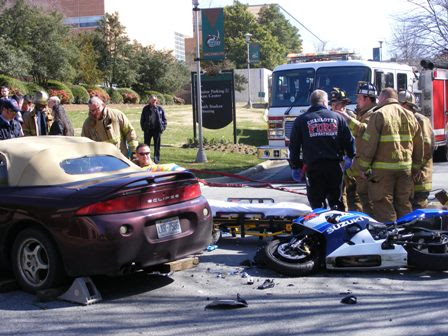 “This program will go a long way in educating first responders on Sikhs and Sikhism. Now, a medical first responder will know that a Sikh’s hair is sacred, and is not to be cut in order to perform non-life threatening medical procedures,” say Manmeet Singh.

Generally, this training program provides many benefits, such as: promoting awareness of Sikh cultural sensitivities and informing first responders on how to interact with Sikh individuals respectfully.

The NJ first responders are courageous men and women who prevent, protect, respond to and recover from emergencies, and the Untied Sikhs legal team is pleased to work with them in this beneficial training initiative. The Sikh community supported and raised funds for Lieutenant Murphy, the police officer who was the first responder at the Sikh House of Worship shootings in Wisconsin, and his family.

Recent acts of ignorance and hate crimes in New York have demonstrated the importance of fostering knowledge of the Sikh identity. In July, Mr. Sandeep Singh, a 29 year old father was a victim of attempted murder and assault as a hate crime in Queens when he was hit by a truck. Last month, Dr. Jaspreet Singh Batra, a medical scientist, was violently attacked because of his turban.

“The implementation of the Sikh Cultural Sensitivities Training Program is an advocacy victory for United Sikhs and the Sikh community, and our legal team will continue to work with NJ OHSP in the future. We would like to express our sincere gratitude to Mr. David Leonardis, Michael Salvatore and Ehtasham Chaudhry at NJ OHSP for playing a crucial role in developing this program”.