Bathinda: While addressing media persons yesterday at Batinda Bhai Baljit Singh Daduwal and Bhai Amrik Singh Ajnala said that the date and venue of next Sarbat Khalsa would be announced during Panthic Conference to be held at Talwandi Sabo.

They also alleged that the Shiromani Gurdwara Parbandhank Committee (SGPC), following the instructions of the state government, did not give them land for organising Panthic convention at Talwandi Sabo.

Bhai Baljit Singh Daduwal said despite this hurdle, they would hold the convention, which had been called by various Sikh organisations at the grain market in Talwandi Sabo on April 13. 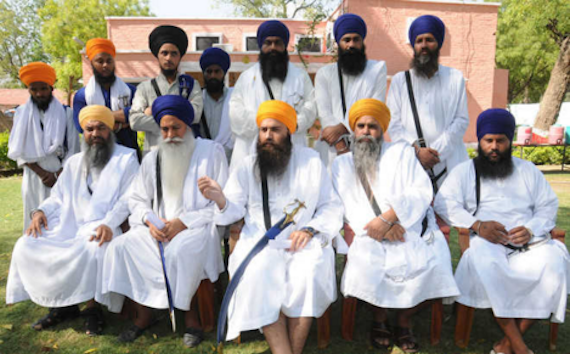 He said the Sikh convention had been called to demand action against guilty in Guru Granth Sahib beadbi incidents at Bargari and other parts of the state and against killing of innocent Sikhs by the police.

“We will stress on fulfilling the promises made to the Sikhs during partition in 1947 by the Central government, release of Sikh prisoners for which Bapu Surat Singh Khalsa started a hunger strike, to stop Sikh youth from falling into the trap of drugs and prevent farmers from committing suicides,” said Daduwal.

Bhai Daduwal and Bhai Ajnala said except the Badal and Majithia families, everyone in the state was invited to attend the convention.