Chandigarh: Bhai Baljeet Singh Daduwal and Bhai Amrik Singh Ajnala, who were appointed as Jathedar of Takhat Damdama Sahib and Takhat Kesgarh Sahib respectively by the organizers of the Sarbat Khalsa 2015, yesterday announced that a “Panthic Conference” will be held at Talwandi Sabo on Vaisakhi.

While addressing a press conference both leaders said that it was not feasible to hold Sarbat Khalsa 2016 on Vaisakhi as most of the organizers of the Sarbat Khalsa 2015 were arrested by the Punjab police in sedition case registered after November 10 event at Chabba village.

“We are just released from jail while others are still behind the bars. It was difficult for us to make necessary preparations to hold the Sarbat Khalsa 2016 on Vaisakhi”, said Daduwal. 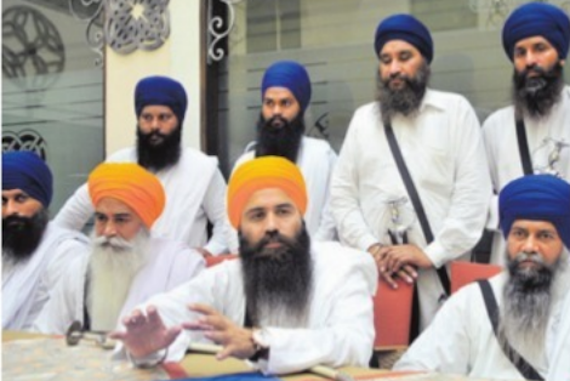 “In consultation with Akal Takhat Sahib Jathedar Bhai Jagtar Singh Hawara and Akal Takhat acting Jathedar Bhai Dhian Singh Mand we have decided to hold Panthic Conference on Vaisakhi, where we will announce our plans for the next Sarbat Khalsa”, he added.

It is important to free Akali Dal, SGPC and our Gurdwaras from the control of Badals and the agitation will be announced for this purpose on the Panthic Conference, said Bhai Baljeet Singh Daduwal.

He said that all well-wishers of Punjab, including members of Shiromani Akali Dal, Congress, Bhartiya Janta Party (BJP) and Aam Aadmi Party (AAP), except Badal and Majithia families were welcome to attend the conference.

As the Badal family is responsible for degeneration of Sikhi and Bikram Majithia is accused of involved in illicit drugs trade and abuse in Punjab, therefore they could not attend the conference, Daduwal added.

He said that the conference will promote communal harmony and unity amongst Hindu, Sikh, Muslim, Christian and Bodhi communities. He said that they would announce a struggle to strengthen peace of Punjab.