Bathinda: Shiromani Akali Dal Amritsar (Mann), United Akali Dal (UAD) and some other Sikh organisations that had called the Sarbat Khalsa 2015 held a Samagam at Gurdwara Granthsar Sahib in village Dadu near Sirsa. The organisers said that the Sikh sangat honoured Bhai Amrik Singh Ajnala and Bhai Baljit Singh Daduwal during a samagam held at headquarters of the Bhai Daduwal.

It may be recalled that Bhai Amrik Singh Ajnala and Bhai Baljit Singh Daduwal were announced as Jathedar of Takhat Kesgarh Sahib and Takhat Damdama Sahib respectively by the organisers of the November 10, 2015 Sarbat Khalsa. 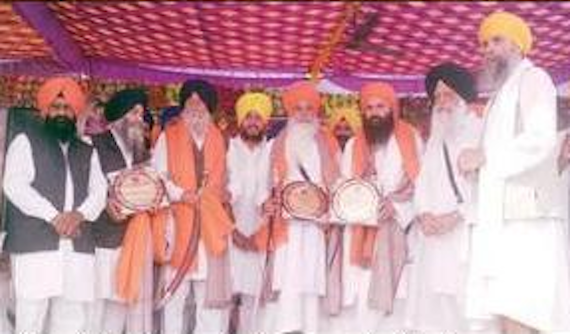 As per media reports the samagam was closely watched by the intelligence agencies of Punjab and Haryana.