The Shaheedi Samagam started with bhog of Sri Akhand Path Sahib and Ardas in the memory of Shaheed Darshan Singh Takhanwadh.

Representatives of various Sikh organisations participated in the Shaheedi Samagam and paid homage to the martyrs of Sikh freedom struggle.

A press release by Sikh Youth Front says [m]ore than 25 families of martyred Singhs were honored with mementos of Sant Jarnail Singh Ji Khalsa Bhindranwale and Siropao on this occasion.

S. Jaskaran Singh Kahan Singh Wala, general secretary of SAD (Amritsar) said that martyrs like Bhai Darshan Singh Takhanwadh sacrificed their lives for establishment of the Khalistan. ‘Pursuing efforts for establishing Sikh Sovereign State would be a true tribute to our martyrs’ he added.

Sikh Youth Federation Bhindranwala president Dr. Gurjinder Singh criticised Parkash Singh Badal for his alleged “anti-Sikh approach”. He said that during the peak time of Sikh struggle, this Badal used to attend the Shaheedi Samagams of Sikh militants, but now he labels them as ‘Terrosrist’.

Sikh Youth Front’s General Secretary S. Papalpreet Singh said their organisation was committed to achieve the goal of Khalistan. He called upon Sikh organizations to join their efforts to mark martyrdom anniversaries of Sikh freedom fighters to aware the next generation about Sikh struggle. 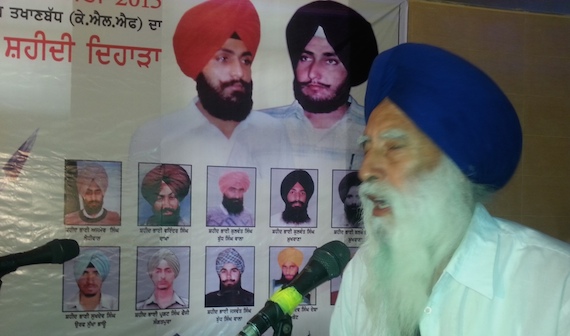 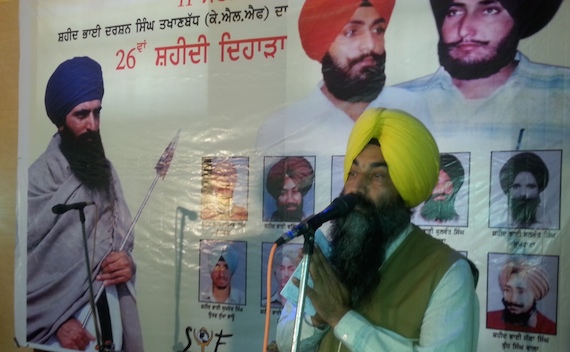 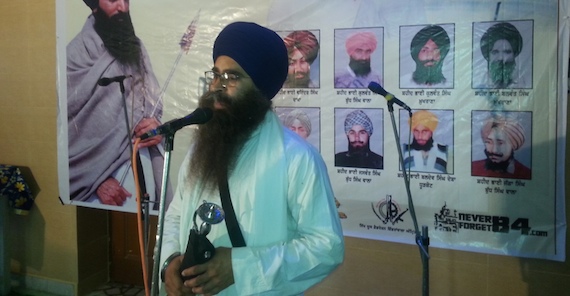 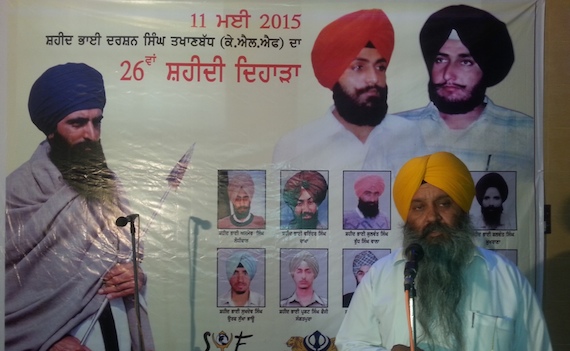 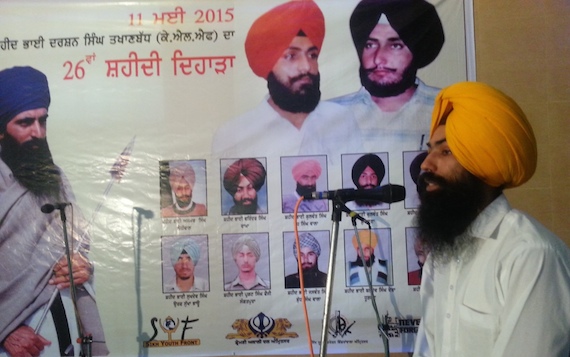 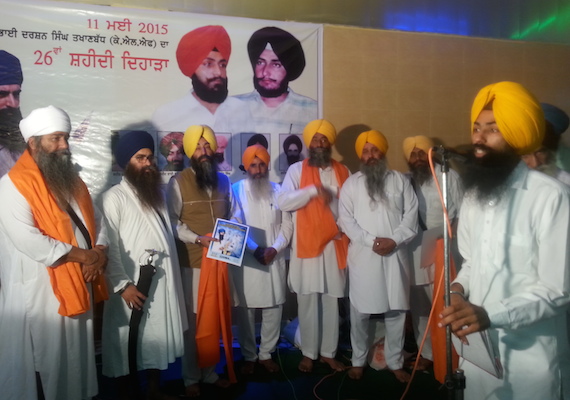