Amritsar, Punjab: In a state of shock and disbelief over the hasty and surreptitious decision of the Five Jathedars granting pardon to the pseudo-saint Gurmit Ram Rahim of Dera Sirsa, in complete violation of the norms, tradition and status of Akal Takht Sahib, the Dal Khalsa and SAD (Panch Pardhani) have decided to gather at Akal Takht Sahib on 29 September to give a befitting Panthic response to the gross wrong-doings of the Jathedars and also pledged not to rest till the faulty decision-making system of the five Jathedars is overhauled and there is a complete change in the make-up and systems of the SGPC.

“The entire Sikh nation is shell-shocked. It’s ironic that the norms, traditions and Sovereignty of the Akal Takhat has been undermined, compromised and destroyed by those who are mandated to safeguard it.”, said leaders of both the groups Kanwar Pal Singh and Advocate Harpal Singh Cheema.

“All Sikhs are in a state of mourning as their belief system has been shattered. Since long, they have been watching the denigration of the powers and status of Akal Takht Sahib by the political rulers of the day, but never did they think that those at helm of affairs would stoop down so low. 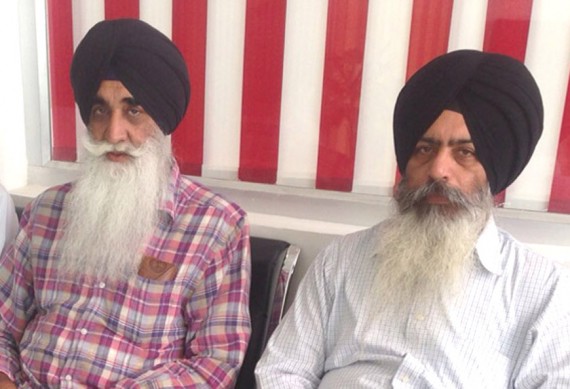 “We will sit silently, pray before the sixth Guru, seek His blessings and express our hurt emotions”. We call upon all those devout Sikhs who have been hurt, to join us in our resolve to bring change in the existing system. It is now time to show your resolve and not just rue about the situation.

By playing into the hands of the political party which appoints the Jathedar of Akal Takht Sahib, Jathedar Giani Gurbachan Singh along with his four companions have shamed the community”. Throwing the norms and traditions to wind, they have pardoned a sinner without his appearance at Akal Takhat Sahib in person. The so-called letter by Gurmeet Ram Rahim that has been made the basis for his exoneration is nothing but a sham. Without a letterhead, without any genuine remorse and apology, the letter is meant only to hoodwink the Sikhs and make way for an understanding of Akali Dal (Badal) with the Sirsa dera for votes in the forthcoming elections.

Taking a dig at CM Parkash Singh Badal for endorsing the Takhat’s decision to pardon they said “Akal Takhat is supreme but not its Jathedar”. “Giani Gurbachan Singh has shaken the conscience of devout Sikhs. Hence, we would be converging at Akal Takhat on Tuesday afternoon to take a pledge to carry on with the mission to liberate Sikh institutions from ‘wrong hands’ that have, “ruined the authority of Akal Takht Sahib, degraded Sikh religious authority and made the Jathedars’ subservient to them”.

They said the one reason for degradation of Sikh institutions was absence of proper procedures and norms for the appointment of the Jathedar and issuing of Hukamnama under the seal and stamp of Akal Takht Sahib.