Sikh Carnage 1984: Over one thousand victim families to get Rs 2 lakh grant

New Delhi: Indian Home Minister Rajnath Singh today approved Rs 2 lakh as compensation to each of over one thousand Sikh families, who migrated to Punjab from different parts of Indian subcontinent after the 1984 Sikh genocide. As per Indian media reports, the sanction is part of a Centrally-sponsored scheme for rehabilitation of 1984 Sikh carnage.

According to a Home Ministry official, the minister has approved the money to be given to 1,020 families after “reopening of the scheme for providing rehabilitation grant of Rs 2 lakh to each of them”, who had migrated to Punjab from Delhi and other parts of the country following the genocide. 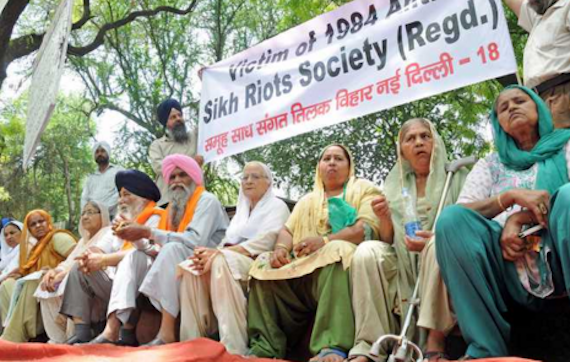 He, however, informed that the scheme is being reopened “only for a limited period of six months” from the date of sanctioning of the scheme.

The move came following a recommendation of Justice (retd) GP Mathur Committee, which was set up by the Center government in December 2014 to look into various grievances related to the 1984 carnage.

The government has also approved the recommendation of the committee to provide skill and upgrading of skill for members of such families.