London: The 18th General Assembly of the Sikh Council UK took place at Sri Guru Singh Sabha, Southall on Saturday 27th April in which over 100 delegates from across the UK met and selected the new Executive Committee, Sikh Council UK said in a written statement (copy available with Sikh Siyasat News).

Sikh Council UK was formed in December 2010, it currently consists of over 200 delegates: the highest number of paid up members since its inception, including the most prominent Gurdwaras’ and 40 new member bodies.

The meeting was opened with an Ardaas, followed by the selection of formal positions within the Executive Committee using a ‘parchia system’ from all the applications received. 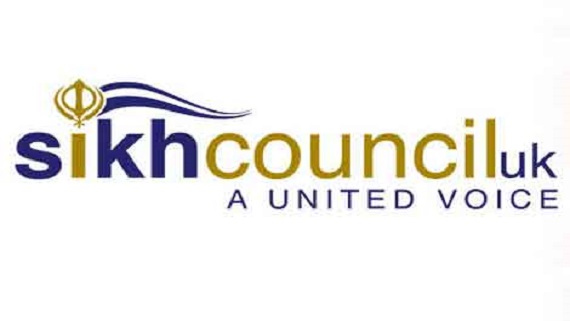 “A number of co-options were suggested which will be considered by the selected Executive Committee alongside others at its first meeting in May to form a full team. Co-options will be finalised with a focus to improving gender, youth/experience and regional balance as representatives”, the statement reads.

“Already the Council note an increase in younger professionals that are also involved in Gurdwaras that have taken up prominent roles. All five office bearers have direct experience of serving in Gurdwara Management Committees. The appointments bode well for succession planning and future developments in the Sikh community”, it reads further.

Jatinder Singh the appointed Secretary General; is himself British born professional who recently served as the President at Guru Nanak Gurdwara Smethwick, which is one of the oldest Gurdwaras in the UK. Jatinder Singh continues to build an excellent relationship with the Sangat for his unflinching dedication. He has been a champion for interfaith working relations.

Gursevak Singh the appointed Spokesperson; has many years of experience in one of the largest Gurdwaras in the UK and well established in the media and business world.

Sukhvinder Singh the appointed Administrative Secretary; has served in Gurdwara Management Committees in varied roles and has extensive experience of working with a range of national and local public sector organisations on diversity and equality issues.

Balbinder Singh Panesar the appointed Treasurer; is a qualified accountant who has worked across the globe for multi-nationals as a financial consultant.

Manvir Singh the appointed Membership Co-ordinator; is a highly regarded member of the Sikh community he has previously served as a president of a Gurdwara Sahib and continues to work selflessly on Satkar of Guru Sahib campaigns across UK.

Manchandan Kaur the appointed Chair of the Community Safety Sub- Committee; will be responsible for issues such as hate crime and safeguarding. Until recently she was the Stage Secretary at the iconic Guru Nanak Darbar Gurdwara, Gravesend.

Sikh Council UK said that the Executive Committee consist of representatives from across UK and is expected to have more women than in the last four administrations.

“Sikh Council UK is committed to the Sarbat Khalsa model to promote co-operation, consensus and unity amongst Sikhs. The new committee looks forward to working with the Government and all other communities to continue and expand the work of the council”, the Sikh Council UK reads.