Following is the text of statement issued by Sikh Council UK:

At a meeting held at Sri Guru Singh Sabha Gurdwara, Southall, Gurdwaras today agreed on a number of issues regarding a consistent approach towards booking of Anand Karaj in Gurdwaras. Sikh Council UK facilitated a meeting in partnership with Sri Guru Singh Sabha Gurdwara, Southall of Gurdwara parbhandaks to discuss protocols regarding Anand Karaj ceremonies.

Over 180 representatives of Gurdwaras from across the UK attended in person with written submissions from many other Gurdwaras, organisations and individuals. In a session lasting over three hours and with contributions from over 50 representatives decisions were reached on several resolutions by consensus. Resolutions agreed allow Gurdwaras to develop a consistent approach towards booking Anand Karaj ceremonies. The meeting began with Sikh Council UK Secretary General circulating and announcing details of proposals that had been put forward and that were to be debated.

Sikh Council UK will continue working with Gurdwaras, organisations and individuals to resolve community issues through dialogue in the best interests of the community. 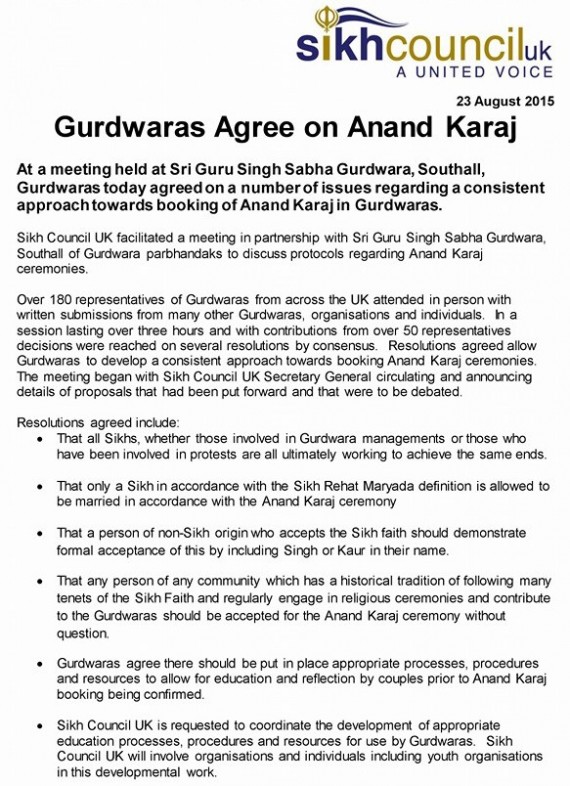 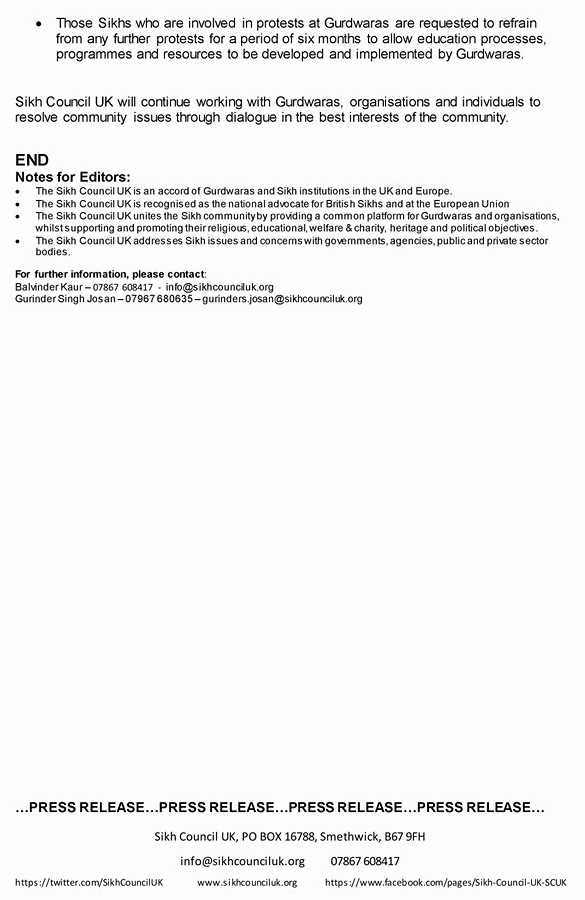