London: Sikh Council UK, a UK based Sikh group, has wrote an open letter to India Prime Minister Narendra Modi ahead of his visit to the Commonwealth Heads of Government Meeting taking place in the United Kingdom this week.

Secretary General Jagtar Singh said “We have reminded Prime Minister Modi of his words during his last visit to the UK in 2015 that a wall exists between Sikhs and India due to longstanding injustices and that he understood the pain Sikhs feel with India. We have also reminded him of the commitments he gave British Sikhs in a meeting during his previous visit to address longstanding grievances of Sikhs community in the UK and across the world with India. We have expressed disappointment and concern that there has been no real follow through or formal response following the meeting. No tangible progress has been made and matters have appeared to get worse not better over the past couple of years.” 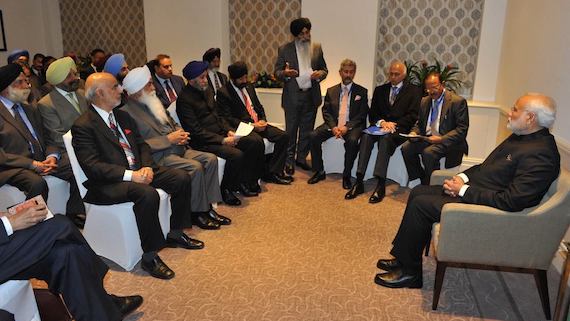 He added “Historical issues remain unresolved and Sikhs still await justice for the victims of the November 1984 killings of Sikhs, the release of Sikh political prisoners, the prosecution of Indian security and police officials guilty of human rights violations in Punjab and the return of historical scriptures and artefacts taken from the Sikh Reference Library in the 1984 Harmandir Sahib attack to name some of the issues. These issues will not go away, and we have brought to Prime Minister Modi’s attention that Sikhs will be protesting on the streets of London this week and will continue to raise the call for justice.”