Chandigarh: Following the assault on a Retd Sikh Army officer’s family in Bangaluru, Karnataka, the Punjab chief minister Amarinder Singh on Wednesday called up Karnataka chief minister Siddaramaiah to seek his intervention in ensuring justice for the affected Sikh family. 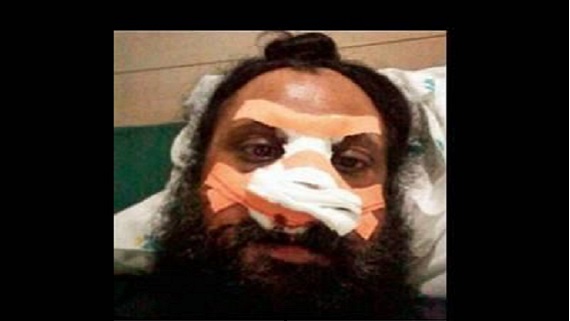 “Amarinder called up his Karnataka counterpart to express concern over the brazen attack on the family members of retired Sikh army officer, Colonel R.S. Uppal,” reads the statement of the Chief Minister’s spokesman.

It was reported by the media sources that Amarinder Singh has further urged CM Siddaramaiah to provide protection to the family and to direct the police to arrest the culprits immediately and bring them to book.

Furthermore, while sharing the concern of Punjab CM Amarinder Singh, Siddaramaiah assured him that  all support from his government will be provided to Uppal’s family, reads the quote from the statement of Punjab CM’s spokesman published in India Today.

The Uppal family, which resides in Bengaluru, had stated that they were recently attacked by some people who were coercing them to sell their property and leave the city.

“Uppal’s wife and two sons were assaulted, with his son Harmeet, an IT professional working in the US, left with multiple fractures,” spokesman further added to his statement.

Colonel R.S. Uppal, alleged that the Bengaluru police failed to provide the family with security despite complaints of threats received earlier from unidentified persons.