Amritsar: “Dal Khalsa and Sikh Federation UK have forged an alliance to work together to pursue the struggle for rights and freedom of Sikh people in India as well as at international level” states a written press release issued by the Dal Khalsa today.

A resolution to this effect was reportedly adopted at a conference held by the Sikh Federation UK at Wolverhampton recently.

Dal Khalsa release says that the spokesperson of Sikh Federation UK announced to work in tandem with Dal Khalsa as both the organization stand for right-to-self-determination for the people of Punjab. 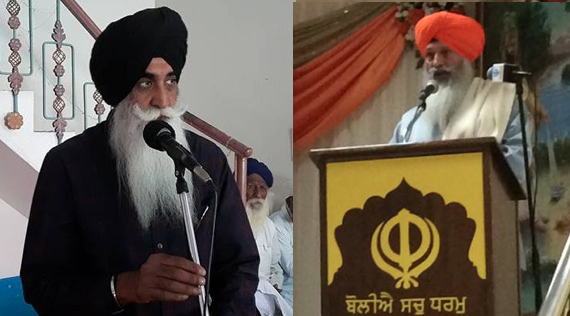 “In a significant development, the gathering announced the formation of the International Sikh Governing Council to take forward dealings with foreign governments and international institutions” reads the Dal Khalsa statement.

The conference was organized to commemorate the foundation day of the Federation, which huge gathering of Sikhs from across the UK and others parts of the world. According to the organizers it was the largest political gathering of its kind of members of the Sikh community in the Diaspora.

Terming the alliance as significant step, Dal Khalsa president Harpal Singh Cheema said both the organization has a shared interest to carry forward the Sikh struggle to its logical conclusion.

Addressing the gathering Amrik Singh Gill and Kuldip Singh, the Chairman and Vice Chairman of the Sikh Federation (UK), announced the expansion of organizational base from UK to Europe. Speakers spoke about the political scenario and relevant issues in view of the forthcoming elections in Punjab in 2017.

The conference observed that following the Brexit vote there was a rapidly changing political environment to which British Sikhs would need to carefully respond. They said there was need to find different ways of lobbying in the EU Parliament on a range of human rights issues as our strength has been UK MEPs and Sikhs from the UK. We are already pulling together a strategy working with the UK Government and politicians on how it will be best to influence different EU countries where the Sikh identity was challenged when we were no longer part of the EU.

Party spokesperson Kanwar Pal Singh apprised the media about the decision here today. He hoped that both the organizations would unitedly produce much better and positive results.

A press release issued by the Sikh Federation UK, reads as follows:

Developing an understanding and working relationship with Dal Khalsa

This was formalised in May 2016 when the two organisations merged and agreed to work towards their goal of a sovereign Sikh state. They decided to carry the old name of ‘Dal Khalsa’ for the new organisation and Advocate Harpal Singh Cheema was appointed as its working president. Dal Khalsa’s patron Bhai Gajinder Singh was made patron of new organisation while the patron of Shiromani Akali Dal (Panch Pardhani) Bhai Daljit Singh Bittu was appointed as an advisor.

“We have now established an understanding and working relationship with the Dal Khalsa in Punjab on our political battle for justice and establishing Khalistan. Many of you would have seen the statement from Dal Khalsa this week backing the Sikh Federation (UK).”