Queen’s Park: On April 14 in the Legislature, Ontario NDP’s Deputy Leader Jagmeet Singh presented and passed unanimously a motion calling on the Legislative Assembly to fly the Sikh Flag or Nishaan Sahib outside of Queen’s Park. 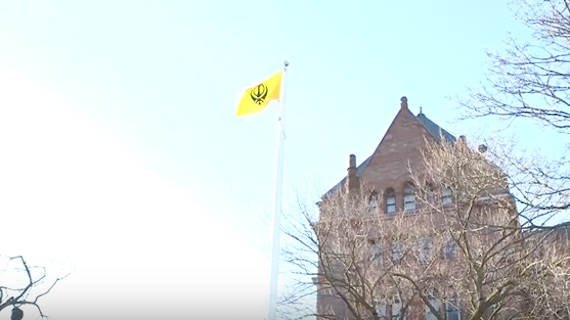 The motion the MPP from Bramalea Gore Malton, Jagmeet Singh presented to the Speaker of the House read: I move that the Sikh Nishaan Sahib flag be flown on the ceremonial flagpole today, April 14, and Monday, April 18.

“The fact that this motion was presented and passed unanimously on April 14th, 2016 the day Sikhs celebrate Vaisakhi makes this all the more meaningful.”