“The organization was however skeptical whether the present day governments and the police force will follow and implement SC guidelines in letter and spirit,”  Dal Khalsa president Harpal Singh Cheema said.

Dal Khalsa spokesperson Kanwar Pal Singh said the SC has re-articulated its earlier guidelines on the matter. Citing the judgement, he said that while on one hand, the latest judgement of the SC reinforces the already set parameters, on the other, it is a snub to those state governments and the police that damns the rule of law. 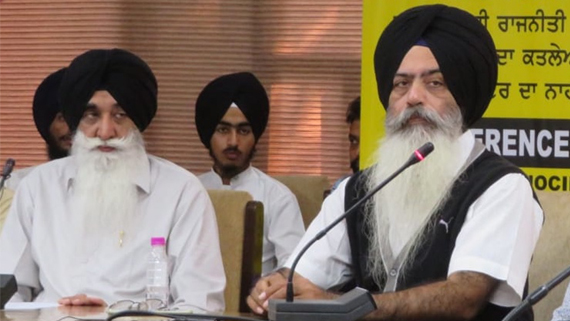 “Delivering it’s order in petition that sought action against J & K Former CM Farooq Abdullah, the apex court has maintained that dissent is a form of free speech and expression.

Ironically, most of the state governments have been overlooking these guidelines while fixing their political opponents and critics,” Harpal Singh Cheema said.

Referring to the recent case registered against climate activist Disha Ravi, they said the Delhi police on the orders of Home Ministry invoked sedition charges against her for speaking in support of farmers cause and agitation. It was gross misuse of power and archaic laws”.

Dal Khalsa leaders said, “We have grim hope that in the prevailing political culture of intolerance under PM Narendra Modi, the Union and state governments and their handpicked police officials would respect and restore the rule of law.

The Income Tax department raids on film actors Kashyap and Taapsee Pannu is another form of state highhandedness aimed to muzzle dissent, said they. Both actors were critical of Govt’s policies and had raised their voice in favor of farmers distress.