Ludhiana: A Sikh lawyer, who has been pursuing legal fight against Dera Sauda Sirsa head Gurmeet Ram Rahim in relation to a 2007 case against dera head for hurting Sikh sentiments, has declared to continue to pursue the case. Adovcate Jaspal Singh Manjhpur said in a written statement released yesterday that the decision of Sikh Jathedars to grant pardon to controversial dera chief was against Panthic consensus and the Sikhs will never accept it. He said that he will not withdraw the case against dera head.

Advocate Manjhpur said that the dera chief had attempted to personify himself as tenth Sikh Guru, Guru Gobind Singh Ji and he had attempted to copy “Amrit Sanskar” tradition of the Sikhs during a function held at Salabatpura branch of Dera in Bathinda district. 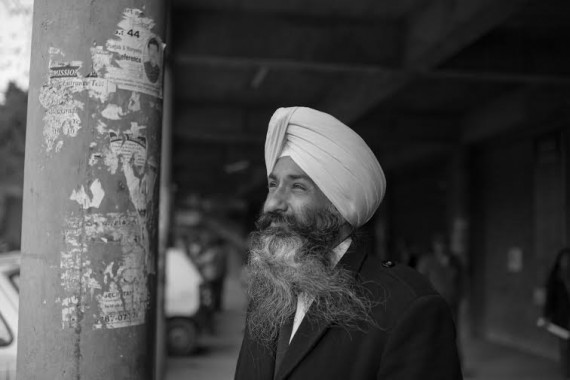 A case against Gurmeet Ram Rahim was registered at Police station Kotwali (Bathinda) under FIR number 262, dated 20th of May, 2007 under section 295-A, 298 and 153-A of Indian Penal Code (IPC). This FIR was registered on the complaint of Shiromani Akali Dal (Badal) leader Rajinder Singh Sidhu who had attempted to take back his complaint on January 20, 2012. Advocate Manjhpur said that in order to prevent closure of this case he filed an affidavit in this case along with Baba Hardeep Singh Mehraj.

Advocate Manjhpur said that the case was closed by Bathinda sessions’ judge on August 7, 2014 and he has filed a petition against Bathinda court’s decision in the Punjab and Haryana High Court, which is set for final argument on 10th of December, 2015.