Bhai H S Dhami and Jathedar Kulvir Singh Barapind, heads of both the parties that have recently announced process of unification, said the recent order by Patiala court judge was highly objectionable and painful.

“We want to communicate to the executive and the judiciary that no court under any law could summon Guru Granth Sahib nor there was any room for any interference in Sikh religious affairs”, they warned. 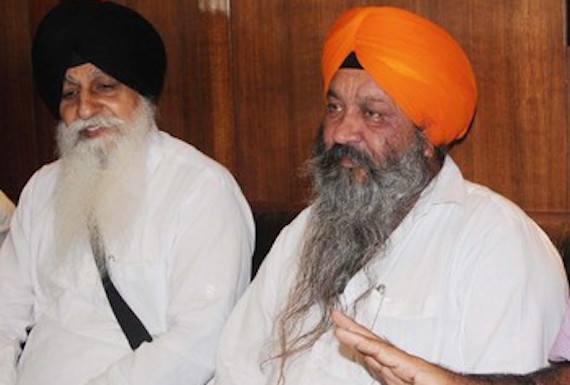 While releasing the statement to the media they urged the Akal Takhat and the SGPC to take serious note of the blasphemy and summon the petitioner Gurnaib Singh for his Himalayan blunder. They were of the view that unfortunately, the Civil Judge (Junior Division) has not applied her mind before issuing such orders.

They also threatened to launch mass agitation if holy bir of Guru Granth Sahib was taken to the court. Rededicating that none but the Granth is the perpetual Guru of the Sikh people, Kanwar Pal Singh said it was religious duty of everyone to ensure unflinching respect for Guru Granth Sahib. They asked the judge to withdraw the objectionable and controversial order immediately.