Sikh man allowed to wear Kirpan to workplace in England

London: A Sikh man, working at an international telecom firm in the England, has been given permission to wear kirpan to the workplace after initially being refused.

As per media reports, the Sikh Council UK had intervened on behalf of the unnamed worker to explain the Sikh articles of faith following which the employer conceded and has since adopted a policy permitting the individual to wear his Kirpan in the workplace.

“It is unfortunate that cases such as these still occur too often for our liking, especially in large multi-national organisations. However, we are pleased with the outcomes in these cases, which has meant these Sikhs are now able to practice their faith whilst at work,” said Jagtar Singh, secretary-general elect of the council. 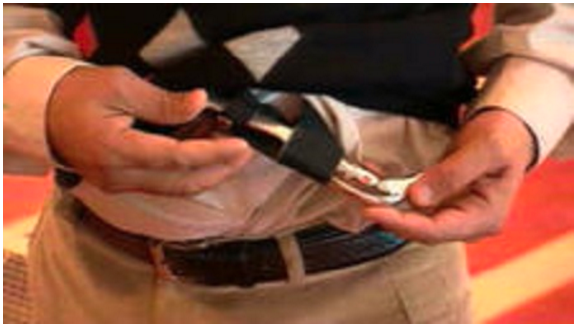 “Casework like this is a regular feature of the work of Sikh Council UK and we frequently receive queries seeking our assistance in such matters. Subject to capacity we of course seek to assist any Sikh who faces any issues at work or elsewhere in connection with their articles of faith. If any Sikh is facing any such problems they are requested to get in touch with us without delay,” he added.

In another case involved two Sikh employees who were initially stopped for wearing kirpans at a large international airport based in south-east England.

The airport has now adopted a policy around the wearing of the kirpan by employees in the workplace in consultation with the Sikh Council UK.