Sikh man called terrorist and shot in the face in Michigan

Michigan: As per media reports a Sikh shop owner in Michigan was shot in the face before being called a terrorist. The store owner was brought in a backroom by a gunman midnight Saturday at Bottlenecks Food and Drink Shop in Grand Rapids. The gunman demanded money and accused the man of being part of ISIS and was called a terrorist.

A local news station WXMI-TV reported the gunman said “I used to kill people like you in Iraq with no problem.” The gunman shoved the gun in the man’s face and fired on him and hit the clerk named Tony in the cheek and fired 2 more times before taking off with cash. After being shot in the face, the store owned called the police on his cell phone. 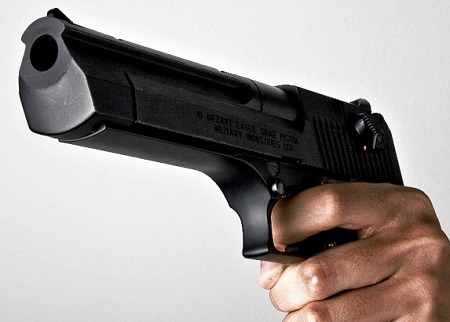 The daughter of the store owner stated that her father was targeted because of his ethnicity. The man is expected to survive the wounds.

“It could’ve happened to anyone that looks like us,” said Gurleen Kaur, who is also of Indian descent.

She doesn’t understand why the gunman, who hurled ethnic slurs at the clerk throughout the robbery, associated the clerk with terrorism.

Her father, Inderjit Singh, has owned the party supply store for five years.