New York: A 32-year-old Sikh man reportedly succumbed to his injuries two weeks after he was shot in Ohio.

Jaspreet Singh of Monroe, Ohio died of injuries he sustained when he was shot at by 20-year-old Broderick Malik Jones Roberts on the night of May 12, a report in the Journal News said.

Roberts had been indicted for aggravated robbery, felonious assault and possessing weapons under disability for allegedly firing at Jaspreet Singh. Prosecutors say that they will seek murder charge in this case now. 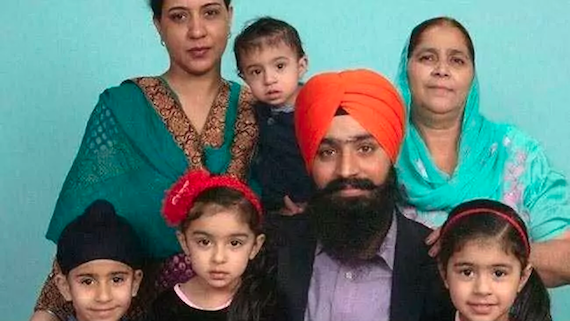 According to a Hamilton Police report, Jaspreet Singh suffered a gunshot wound to the upper torso on May 12. He died on May 21, said Butler County Prosecutor Michael Gmoser.

Advocacy group The Sikh Coalition said no immediate evidence has been released to suggest that any bias was involved in the tragic accident.

The group’s legal team has been in contact with relevant authorities in Cincinnati and continues to monitor the case. “Our prayers remain with his family during this very difficult time,” it said in a Facebook post.