New Zealand: Harman Singh, a Sikh man, who used his turban to save an injured child’s life has been honoured for his efforts by Auckland police. He has reportedly received the district commander’s certificate of appreciation at the Counties Manukau police district awards, held at Manukau Institute of Technology on Friday (July 3).

Harman Singh was recognised, along with Corporal Jason Affleck from the New Zealand Army, for coming to the aid of 6-year-old Daejon Pahia after the youngster was hit by a car. 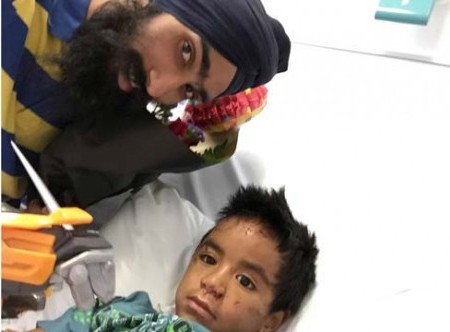 Daejon received serious head lacerations during the accident in Manuroa Rd, Takanini, in May this year.

Singh made headlines around the world after he removed his turban, which Sikh men must wear in public at all times, to staunch the blood flowing from Daejon’s head.