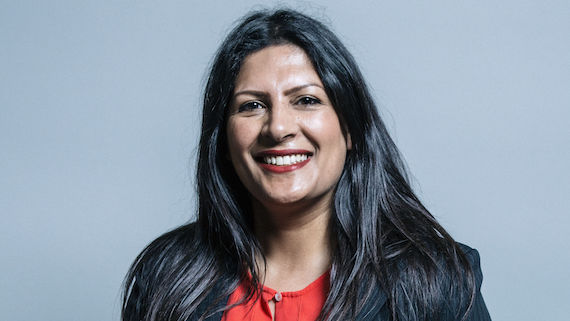 We are delighted that Preet Kaur Gill, the first Sikh female MP has been appointed as the Shadow Secretary of State for International Development. She has made fantastic progress in Parliament. Within 6 months of becoming an MP her talents had been recognised and she had become a junior shadow minister. She has shown in the last two years that she has the skills, intelligence and political nous to progress further.

She has won respect on all sides with her level-headed approach, intelligence and ability to work with and challenge Ministers. Preet backed Keir Starmer as the new Labour Leader who made a private visit to Guru Nanak Gurdwara, Smethwick less than a month ago during his leadership campaign to listen and learn from Sikh community representatives.

Keir has recognised Preet’s abilities by promoting her to join the Shadow Cabinet as Shadow Secretary of State for International Development. This is proud moment for Preet, her family and the wider Sikh community. Preet is loyal, values her upbringing and admired by her constituents and always champions Sikh issues.

Keir Starmer has made appointments based on merit and built an electable team that will appeal to voters. The country is going through unprecedented challenges presented by the Covid-19 crisis and government has had to adopt policies and make decisions that need to be scrutinised by the opposition. Today the Sikh community has a champion in a senior political position and a step closer to seeing its first Sikh woman Cabinet Minister.