Chandigarh: As per the media reports Sikh Political prisoner Bhai Jagtar Singh Tara who is currently convicted in the execution of former Chief Minister Beant Singh has refused to cross-examine any witness in the case. The hearing was held at Model Jail in Burail. 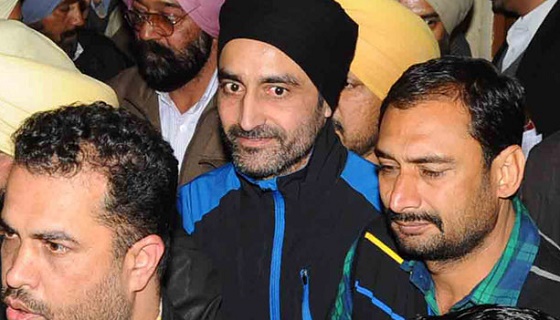 A DNA analysis expert, Dr Laljit, appeared via video conferencing and recorded his statement. He told the court that he had received two legs and one skull for examination. These were matched with the parents of the human bomb Dilawar Singh. The doctor had certified that the body parts belonged to Dilawar thus proving that he was the human bomb, reads a quote from a report published in an English tabloid.

It is said that Dr Laljit is the last witness in this case. In the next hearing on October 4, the statements will be recorded under Section 313 of the IPC. Simarjit Singh, advocate for Tara, purportedly informed that Bhai Jagtar Singh Tara had already refused to say anything in his defence in the case and today refused to cross examine anyone.

Bhai Jagtar Singh Tara had been arrested by the Punjab Police from Thailand in January 2015. It was back on August 31st 1995 that Bhai Jagtar Singh Tara along with Bhai Dilawar Singh & Bhai Jagtar Singh Hawara executed former Chief Minister Beant Singh for his crimes committed against non-combatant  Sikh population. Severe human rights abuses including fake encounters and enforced disappearances took place during his reign as Punjab CM, and these were carried out by his henchman former Punjab Police DGP and known butcher of Punjab KPS Gill.