Chandigarh: Sikh political prisoner Bhai Wariam Singh, who was released on parole on December 17 last year for the first time since is arrest in 1990, has been granted premature release.

Bhai Waryam Singh was facing imprisonment for life in a TADA case. He spent more than 25 years in prison and was released on the basis of good conduct. His release was cleared by India’s Home ministry at the recommendations of Akhileysh Yadav government in Uttar Pradesh. 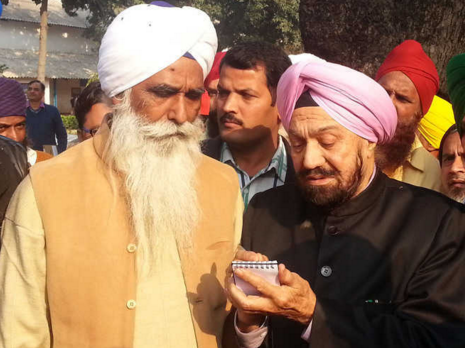 UP’s jail minister Balwant Singh Ramoowalia siad: “After observing his conduct during the parole and on consideration of humanitarian grounds, CM Akhileysh Yadav approved his release on Feb. 18.

According to The Tribune (TT), Advocate Jaspal Singh Manjhpur, who is also spearheading the movement for the release of the detainees said the freeing of Waryam has shown that Punjab and other state governments, especially the Centre were empowered to follow suit similar cases.

Waryam should have been released after 14 years in jail but he was made to spend double the time due to political reasons, “That is why we call them political prisoners. The government should compensate him for loss of his life, family and land because of his long imprisonment”, The Tribune quotes Advo. Jaspal Singh Manjhpur.