Amritsar, Punjab: In meeting, recently held at Chandigarh Punjab Chief Minister Parkash Singh Badal assured a Sikh delegation representing the Bandi Singh Rihai Sangharsh Committee that the Punjab Government will seriously deliberate on removing legal and constitution hurdles for the bail, parole or release of political Sikh prisoners as per norms. He immediately appointed an eight member committee to find out legal ways to secure release of political Sikh prisoners. 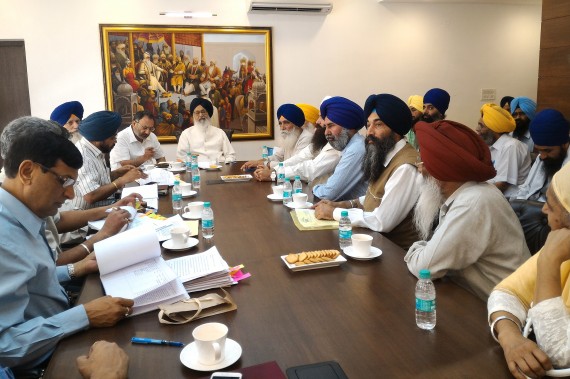 As per negotiation with Sikh Delegation, he nominated his four members Principle Secretary A.S. Sandhu, Additional Home Secretary Jagpal Singh Sandhu, A.D.G.P (Intelligence) Hardeep Singh Dhillon and A.D.G.P. (Prisons) Rampal Meena on spot. As per the utterances of Convener of Sangharsh Committee Gurdeep Singh Bathinda, Sangharsh Committee was to nominate four names from their side.

Delay on the part of Sangharsh Committee raises serious questions.

Many believe that CM Badal has prepared ground in his defense despite his internal disagreement with struggle aimed at securing release of Sikh political prisoners.

Bapu Surat Singh Khalsa is on indefinite hunger strike since January 16. He is seeking release of political Sikh prisoners.

Sikh activists have been accusing Punjab government for adopting every possible means to sabotage the struggle for release of political Sikh prisoners who have already served their mandatory terms of life imprisonment.

The Punjab Government arrested and detained Bapu Surat Singh Khalsa in Civil Hospital of Ludhiana where he was also force-fed.

His son Ravinder Jit Singh Gogi, a US citizen, was also put behind the bars on fabricated accusations by Ludhiana police. Gogi was also thrashed by a police officer during his court appearance.

Surat Singh Khalsa and his son were released after the family members and representatives of various Sikh organizations approached President of India in this regard.

Sikh organizations, under the banner of Bandi Singh Rihai Sangharsh Committee, resolved to intensify efforts to raise mass support for the struggle and put pressure on the state government.

Sikh activists say that in wake of massive response of Sikh masses to Bapu Surat Singh’s struggle Punjab CM Parkash Singh invited representatives of Sikh organizations for negotiations. The meeting was held at CM’s Chandigarh based resident on May 28.