Chandigarh: Mata Surinder Kaur, mother of Sikh political prisoner Harnek Singh Bhap, has written to a letter to the Secretary of Home Department of Government of Rajasthan seeking her son’s jail transfer from Rajasthan to Punjab.

Harnek Singh Bhap is confined in Central jail at Jaipur, Rajasthan. He is sentenced to undergo imprisonment for life in ‘Mridha abduction’ case. 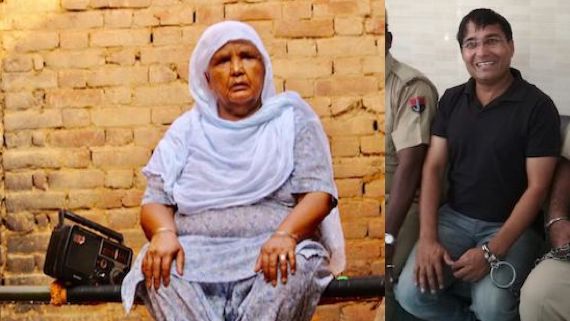 In her letter Mata Surinder Kaur, 79, said that she lives alone in their family house as Harnek Singh father has passed away since long. She said that due to old age and health issues she cannot travel to Jaipur to meet her son. She added that during 13 years continuous incarnation of Harnek Singh Bhapp there is no adverse entry in his jail records. She has requested the Rajasthan authorities to transfer his son to Maximum Security Jail at Nabha (Punjab) under section 3 of The Transfer of Prisoners Act, 1950.

Talking to the Sikh Siyasat News (SSN) Advocate Jaspal Singh Manjhpur, who maintains the list of Sikh political prisoners, said that Bhai Harnek Singh Bhapp is not facing any case in Rajasthan and as per the law he can be transferred to a jail in Punjab.

He said that the Rajashtan jail authorities has earlier objected to the jail transfer on a false ground that Harnek Singh Bhap’s appeal against the sentence was pending before the Rajasthan High Court. “In second letter to the Rajasthan authorities we have clarified that Bhai Harnek Singh has not filed any such appeal nor he wishes to file it”, said he while adding that it was a fit case for jail transfer.