Bathinda: As per information the Sikh pracharaks have announced to not go ahead with the programme to gherao the houses of ruling party ministers, MLAs, MPs and SGPC members. They, however, said that the struggle would continue till arrest of culprits responsible for the beadbi of Guru Granth Sahib besides arrest of police officers responsible for killing two innocent Sikhs at Behbal kalan village.

A meeting of Sikh pracharaks was reportedly held in Bathinda today in which it was decided that since their two leaders-Ranjit Singh Dhadrianwale and Daler Singh-have been put under house arrest by Punjab Police, their plan to gherao ministers stands deferred. Pracharaks announced that the final decision in this regard would be taken in the presence of the two leaders. 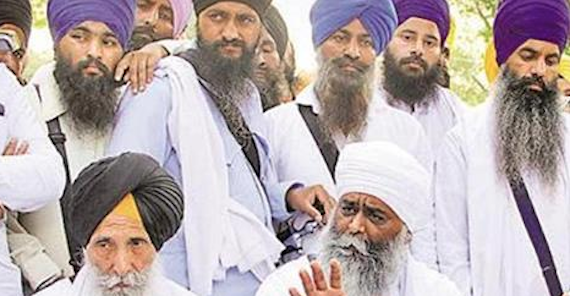 Giving out details of meeting Kirpal Singh said the three main demands raised during the ‘bhog’ of the two police firing victims were: arrest of real culprits behind the desecration of Guru Granth Sahib, release of the two brothers framed by police in Bargari beadbi case, case against the police officer responsible for opening fire on protesters at Behbal Kalan.

He said the meeting observed that the Punjab government has handed over the case to the CBI, two brothers accused in the Bargari case have been released and police have added the name of then Moga SSP Charanjit Sharma in the case pertaining to opening of fire on agitators.

The pracharaks said that they would lead the struggle until the government arrests those responsible for beadbi of Guru Granth Sahib. They also demanded arrest of police personnel responsible for Behbal Kalan firing.

A statement issued by Kirpal Singh Bathinda regarding meeting of Sikh pracharaks in Bathinda reads as follows: