Ontario: The Sikh Press Association (SikhPA), a UK based group, has announced to hold a media workshop in Mississauga on August 17 at Dixie Gurdwara.

The SikhPA will be holding the interactive workshop from 6 to 8 p.m. in an attempt to help locals learn media skills directly from professionals. 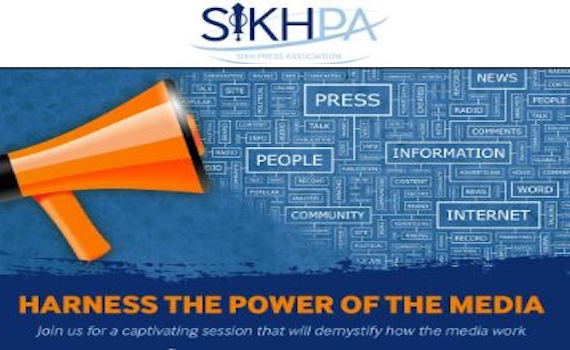 Jasveer Singh Gill of the SikhPA said: “We are delighted to be bringing something we have established in the UK to Canada. The Sikh Press Association media workshops are about empowering people to harness the power of media.
“There are many organisations and individuals in Canada that could use such an event to help gain the knowledge and skills needed to publicize certain issues or projects. We hope that people will take advantage of this free opportunity.”

Launched officially in April 2015, the Sikh Press Association was started to help bridge the gap between the media and Sikhs, who are one of the smallest yet most visibly distinct minority groups in the world. The organization is behind campaigns such as Chabeel Day and Langar Week, both of which reached Canada.

“We believe that Sikhs should be the ones dictating to media about Sikh-related stories, and not the other way round. However, this workshop will not focus on Sikh issues and will instead tackle the basics when it comes to media, such as what makes a story and how to contact media. As always, a Gurdwara (Sikh temple) is open to people of all backgrounds and therefore so is this seminar. Anyone looking to learn some media skills is more than welcome.”