Bathinda: Yesterday’s police firing on peacefully protesting Sikhs in Kotkapura and Behbal Kalan village has sparked anger amongst the Sikh sangat. Two Sikhs were killed and several others were injured in the yesterday’s firing. Sant Samaj led by Baba Harnam Singh Dhumma had yesterday issued a call for Malwa Bandh on Oct. 15 that was extended to whole of Punjab by various Sikh organizations.

According to reports received from across the Punjab, the Punjab Bandh is more impactful in Malwa region, however, other the shut down call also triggered response in other parts of the state. 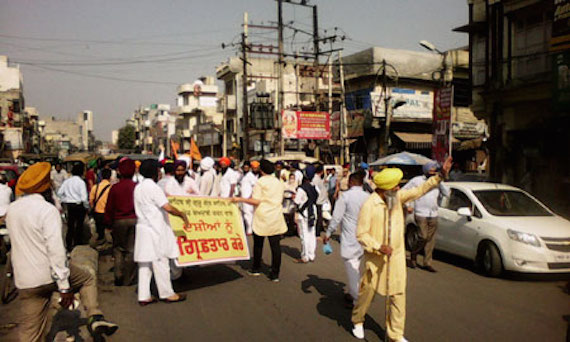 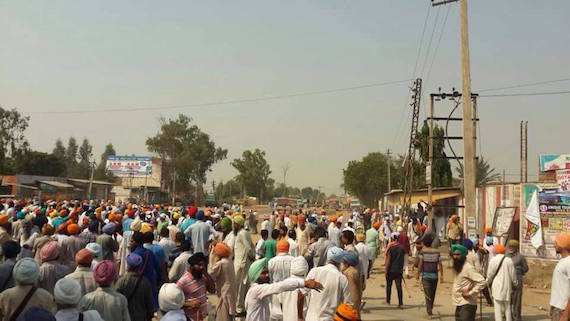 A view of shut down in Baghapurana 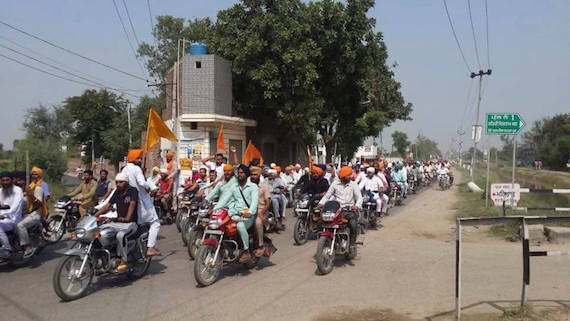 Sikh youth took out a march in Rampura

Sikhs are demanding arrest of culprits responsible for sacrilege of Guru Granth Sahib at Bariari village in Faridkot district, besides actions against police offers responsible for firing on peacefully protesting Sikhs.