Amritsar/ Mansa: As the announced date for release of controversial film Nanak Shah Fakir is approaching, Sikhs across the state are holding strong protests against its release and demanding permanent ban on this film. 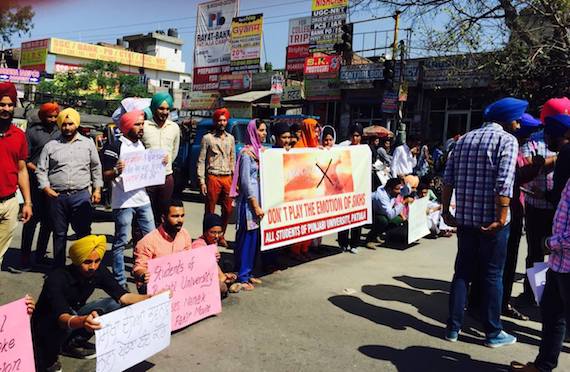 As per reports, the Sikh sangat held protest at various places in Punjab against against the release of the controversial film. The sangat demanded complete ban on release of this film. 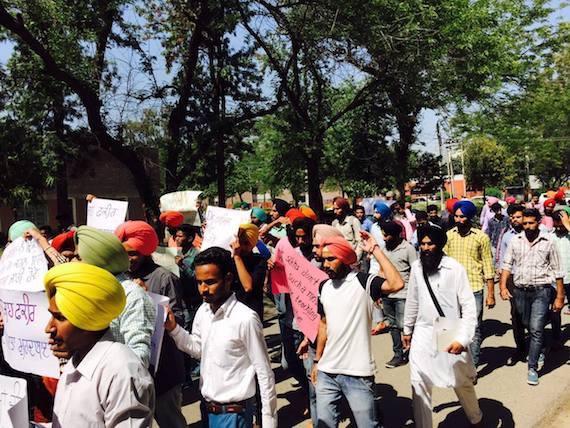 Reports emanating from Amritsar, Chandigarh, Morinda, Mansa, Patiala, Mukerian and various other places across the state reveal that the Sikh groups are holding peaceful protest demanding ban on the movie. 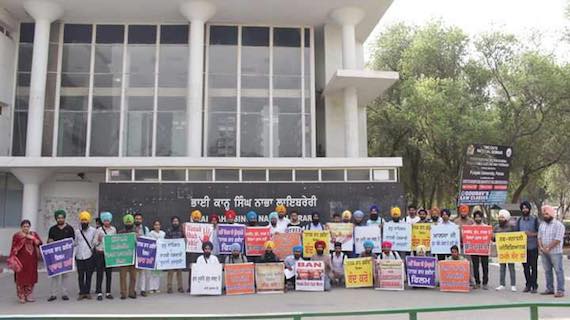 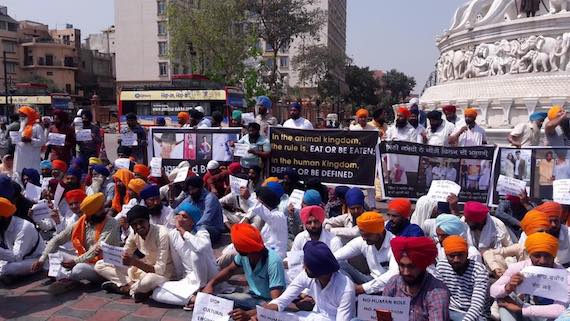 The controversial film is produced by Harinder Sikka who had earlier released the film in 2015 but it was withdrawn few days after the release as it was rejected by the Sikh sangat globally. The producer has announced to re-release the film on April 13, 2018. 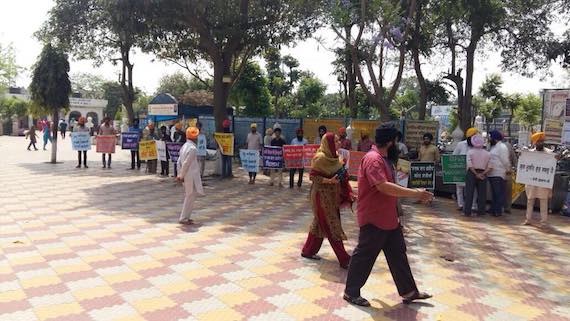 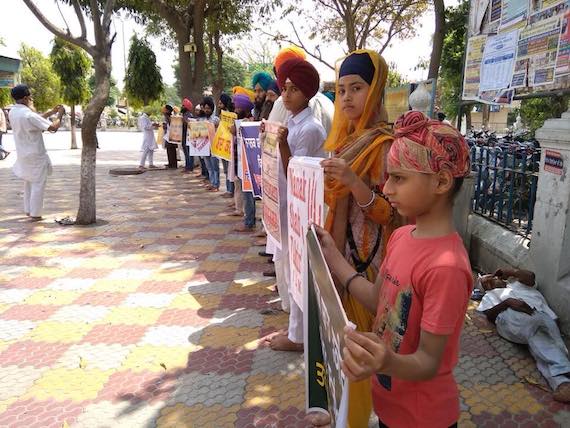 Another view of protest held at Patiala on Saturday (April 7)

The Sikh sangat are opposing the film as it attempts to personify Guru Nanak Ji, Bhai Mardana Ji and family members of Guru Nanak Ji. As per the Sikh tenets, personification of Sikh Gurus is strictly prohibited. 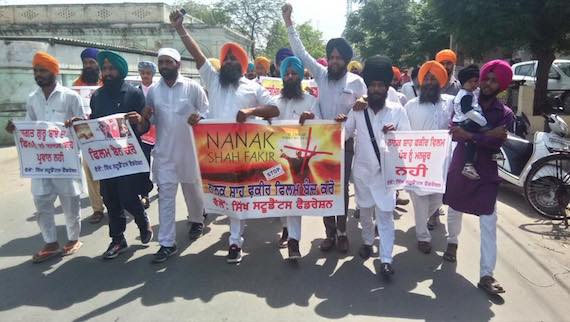 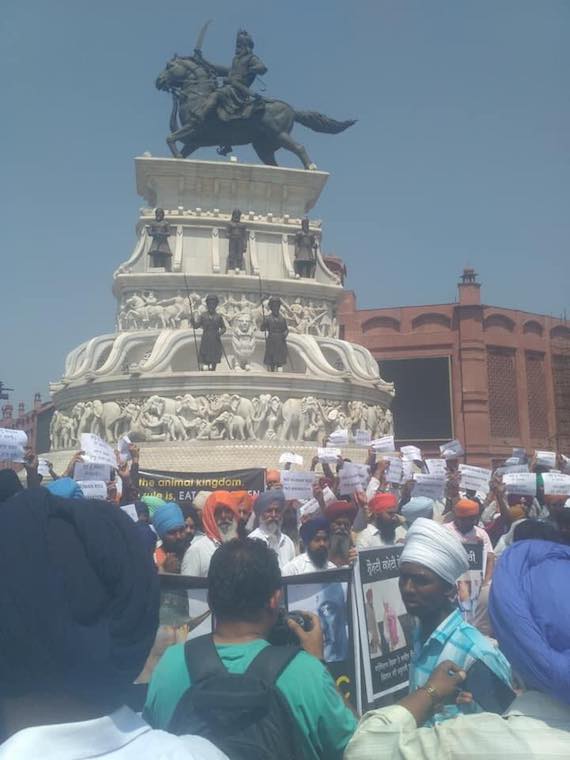 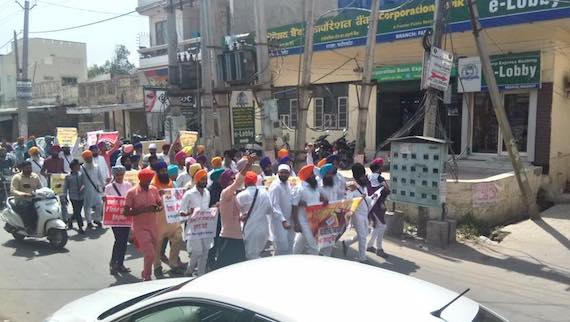 Another view of protest march held in Faridkot 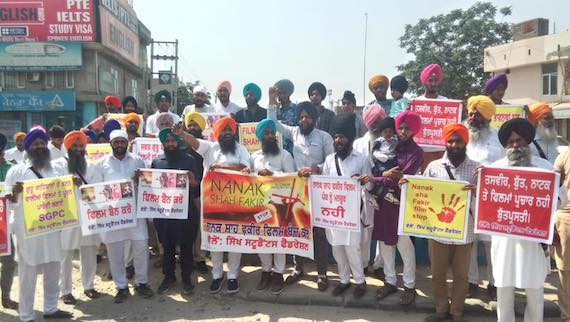 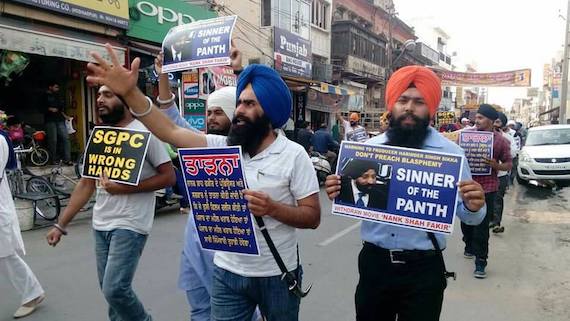 As the date of release is approaching, protest against Nanak Shah Fakir film is growing stronger 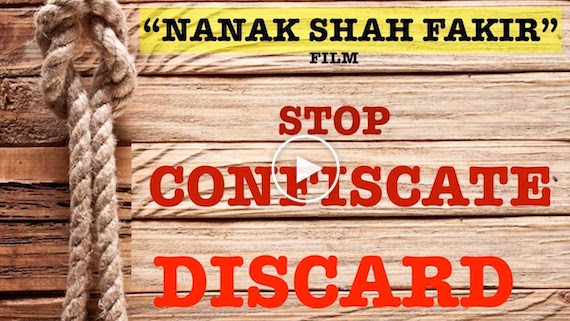