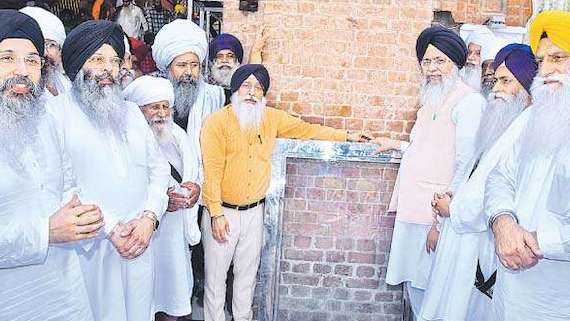 SGPC has handed over the Kawsewa of Khajana Deori to Baba Kashmir Singh Bhuriwale. SGPC chief secretary Roop Singh said that the Deroi will be encased with steel-framed glass in order to preserve it.

It is pertinent to mention here that a portion of this memorial was repaired by the SGPC few years ago. 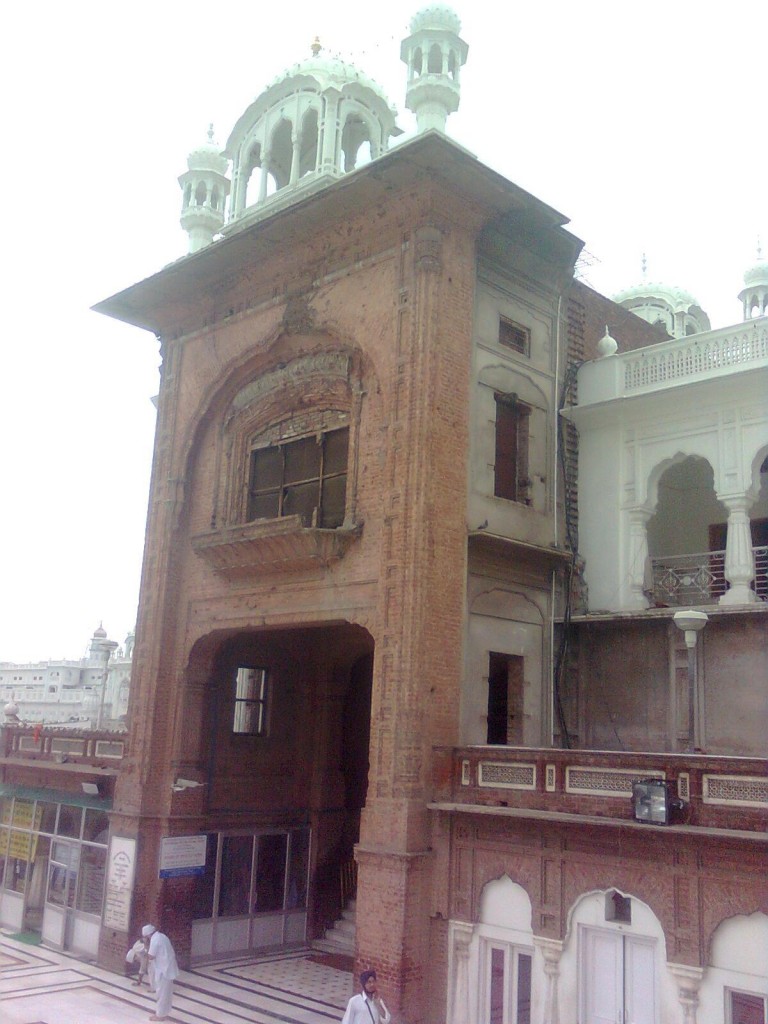 Right Side of Bunga Maharaja Sher Singh that was repaired by SGPC around 2011 | Photo: Sikh Siyasat

It is notable that the over the past three decades the SGPC has destroyed all other the signs of Theeja Ghallughara by repairing various buildings that were affected during the Indian Army’s attack in June 1984. 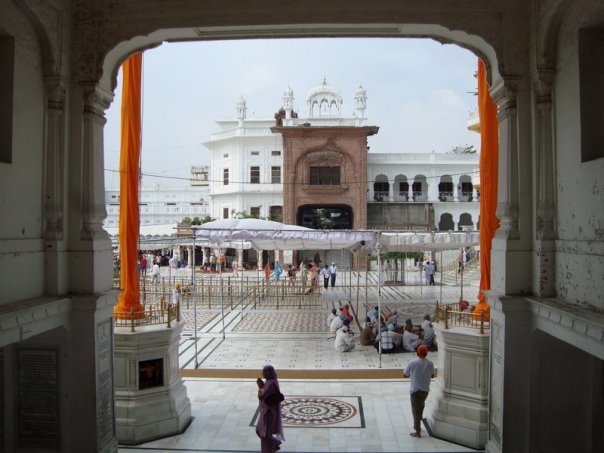 After Teja Singh Samundari Hall, headquarters of the SGPC, was whitewashed and renovated few years ago, Khajana Deori is the last building that was not repaired or renovated after June 1984 attack. The walls and roof of the deori carries numerous bullet marks and is a defacto memorial of Teeja Ghallughara.

On the top of the Deori, there is a Palki shaped door way which visualises the story of Indian Army’s attack on Dabar Sahib. 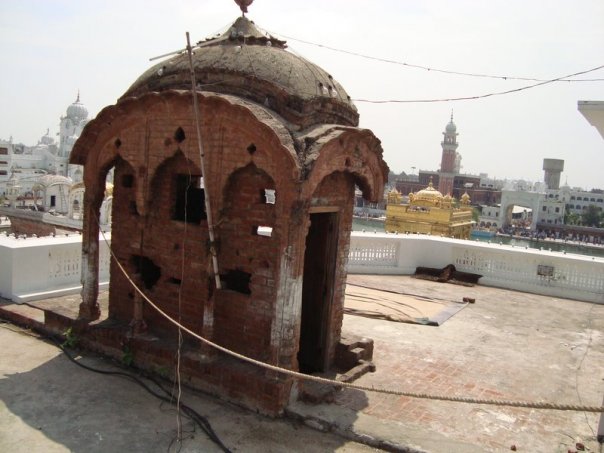 Though the SGPC is saying that it is going to preserve the Deori, there is a strong apprehension that under the guise of placing glass on some parts of the Deori other parts may be repaired to destroy the signs of Teeja Ghallughara. Therefore it is important for the Sikh Sangat to remain vigilant to prevent any possible destruction of historical memorial.

⊕ ALSO READ – Op-ED: Let’s Not Dissipate Relics of Our Past