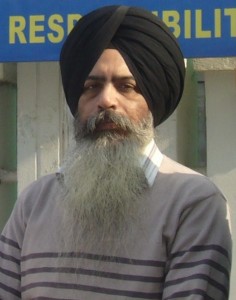 First they called us Khalistanis. Now they have added the word “Terrorists”

First they blamed Pakistan for supporting us. Now they have added Canada’s name too.

First they sought sanctions against Pakistan. Now they propose the same with Canada.

The write-up “Canada’s double game” published in The Tribune is a deliberate and wilful attempt to portray the Sikh struggle for right to self-determination as design of some foreign forces. All this was done and is being done to malign the Sikh image worldwide and to portray the Sikhs as mindless and violent persons.

The writer of this article Ajay Sahni, who heads Institute for Conflict Management, is son-in-law of former Punjab police chief KPS Gill, notorious as the Butcher of Punjab.

While Gill harmed the Sikhs physically by using extra-judicial violent means, his son-in-law is maligning the image of Sikhs with his pen. The article carried by The Tribune on its opinion page on June 24, 2019 has stereotype allegations against Sikhs in tune with the state policy. The content of the article is full of hate nurtured by the writer and his mentors against Sikhs and Canada in general. Not surprisingly, he has a word of praise for Chief Minister Captain Amarinder Singh, who lost no time to return the gesture by urging Modi dispensation to approach UN and seek sanctions against Canada.

By continuously questioning the credentials of Canadian Prime Minister Justin Trudeau and his cabinet colleagues, a section of Indian media and Captain Amrinder Singh has repeatedly offended the political sensibilities of Canada -a Commonwealth associate of India- and unleashed tirade against the Sikh Diaspora which as part of the Sikh community has been making the right move on Canadian soil, raising human rights concern and endorsing the call for the right to self-determination.

Indian politicians refuse to recognise that fact that Canada is known for its open, mature and vibrant democracy. While in India the right to freedom of expression and hold independent thoughts is only on paper, in countries like Canada, it is being practised in letter and spirit.

The theories and allegations about Kanishka bombing are oft-repeated. Nobody is sure, even after 35 years, who executed the bombing and why?

Let’s be clear: The Sikh struggle has clearly defined agenda. We have our rightful aspirations. We have a political cause to fight for. We don’t believe in senseless violence. Punjab belongs to all its citizens, be it Hindus, Muslims, Christians, Dalits or Sikhs. We give respect to all and we expect the same from them. Punjab conflict needs a political resolution as per the aspirations of the people. International community and Indian civil society have a role to play to bring lasting peace in this region.