Melbourne, Australia: A Sikh taxi driver was reportedly attacked by a man at the taxi rank at Crown Casino in Melbourne. Victim of the attack had to be hospitalised for a broken nose and bruises on his face following a vicious attack while he was doing his job.

It is understood that the driver was attacked after he refused services to a group of ‘drunk and abusive’ passengers.

The driver also claims that he was racially abused and targeted for his Sikh appearance, notes a report in SBS. 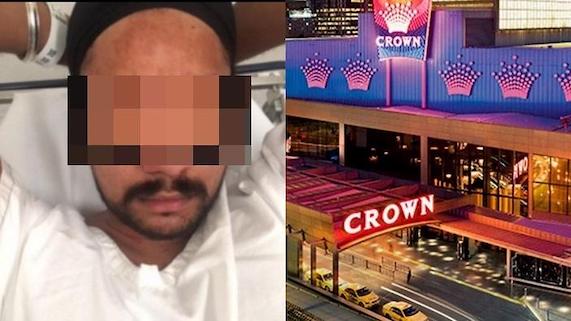 He reportedly told SBS Punjabi that three young passengers entered his taxi while he was waiting for his turn at the Crown Casino taxi rank this Saturday.

“I requested them to take the first taxi in the queue… but not only they ignored it but also kept on hurling abuses and racial comments,” he said.

“When I’d enough of this behaviour, I told them to leave the taxi. But before moving out one of the passengers took my turban off and threw it outside.

“No one came to my aid. After a few minutes, my friend who is also a taxi driver came to help and Police was called,” he added. “I was taken to hospital for treatment before being released on Sunday morning.”

It is understood that Police attended the scene before taking the alleged attacker to the North Melbourne Police station.