Chandigarh: The Sikh intellectuals and academicians have opposed the publishing of Dr. Gurbaghat Singh’s English translation of Granth Sahib by some individuals saying such exercise will mar the authenticity of the great work done by the late Sikh scholar. The media reports last week said that some academicians who kept their hold on the translation work are out to publish it hurriedly, perhaps to take the credit for themselves.

Dr. Gurbaghat Singh was one of the great Sikh scholars and thinkers who, unlike a majority of academicians had kept pace with the fast changes in philosophical, ideological and political firmaments and attempted to shape his original writings accordingly. The Sikhs are proud of his applied scholarship found in his writings and newspaper columns that helped the Sikh struggle to understand the nuances of ‘self-rule’ and latest world developments which bear far-fetched political implications for the Indian sub-continent. Hence it is the moral duty of the Sikh Panth to protect the authenticity of late Sikh scholar works lying unpublished so far. 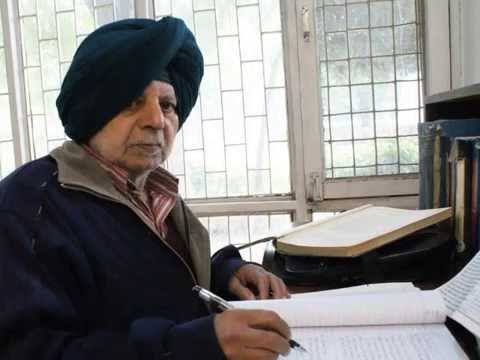 The Sikh scholar had translated 80 percent of the 1430 page-Guru Granth Sahib before he passed away in April 2014.A few months after his death, Punjabi University formed a committee of prominent scholars and professors to look into his unpublished translation to get it published by the university.

Prof Gurbhagat Singh felt the need for reproducing the English translation as the earlier translations had used diction and connotation of Biblical expressions in Guru Granth Sahib’s translation while being oblivious of the fact that English word could not fathom the inner and mystic meanings of the Gurus and Gurbani. Since Dr. Gurbaghat Singh was unmarried and was living alone it a bounden duty of the Sikhs to protect and preserve the authenticity of his works lying unpublished. His translation work and library has been missing since a day after his death at the age of 75.

The Manch also wrote to the university authorities not to allow the individuals to edit and publish the works of Dr. Gurbaghat Singh and should publish them as committed earlier.