Eminabad/Lahore: Sikh yatrees arrived in Pakistan for observing the Shaheedi Gurpurb of Guru Arjun Ji on Thursday (June 14) and visited Gurdwara Rohri Sahib in Eminabad and Gurdwara Darbar Sahib in Kirtarpur (Narowal) by special buses and paid their obeisance to these sacred places.

Later, the Sikh yatrees returned to Gurdwara Dera Sahib in Lahore and stayed there. 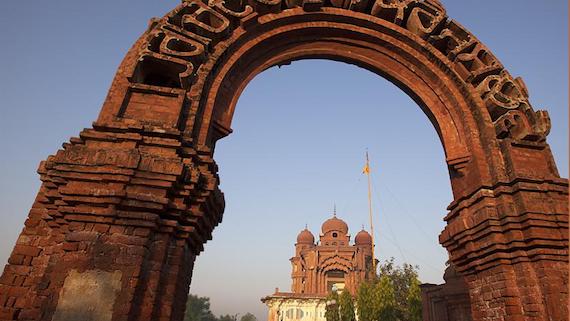 The main Samagam would be held at Gurdwara Dera Sahib here on June 16 in which Sikh yatrees from all over the world and local Sikh community would participate to observe the Shaheedi Dihara of Guru Arjun Ji.

Amritsar based Shiromani Gurdwara Prabhandak Committee (SGPC) had announced not to sent the Jatha this time due to their differences over the dates of the Shaheedi Day with the management of Gurdwaras in Pakistan.