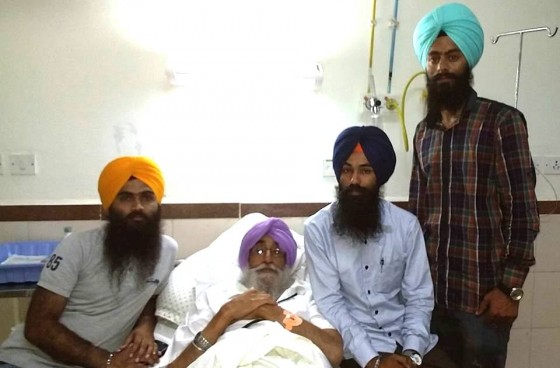 A press release by SYF says: “[e]xtending his well wishes to S. Mann, S. Papalpreet Singh buzzed with S. Mann about his health. S. Mann said that he has recovered by 75% and doctors might discharge him soon. S. Mann highly appreciated the initiative of Sikh youth Front of publishing magazine ‘Dharam Yudh’. The two leaders deeply discussed about future plans to establish sovereign Sikh state”.

It is notable that S. Mann was suffering from infectious diseases named ‘Endocarditis’. Doctors are treating him with Antibiotics at Cardiac Centre of Post Graduate Institute of Medical Education and Research in Chandigarh, the press release reads further.