Hoshiarpur: Taking exception to the manner in which the Sikh institutions had been involved into one controversy after another, the Sikh Youth of Punjab (SYP) said with incompetent religio-political leadership, the Sikhs as a community were heading nowhere.

To commemorate its seventh foundation day, the youth body will hold a Conference at Jalandhar on Dec 28 dedicated to martyrdom day of four sons of Tenth Master Guru Gobind Singh. Notably, the SYP was founded on Dec 21 seven years ago at a youth conference in Amritsar. 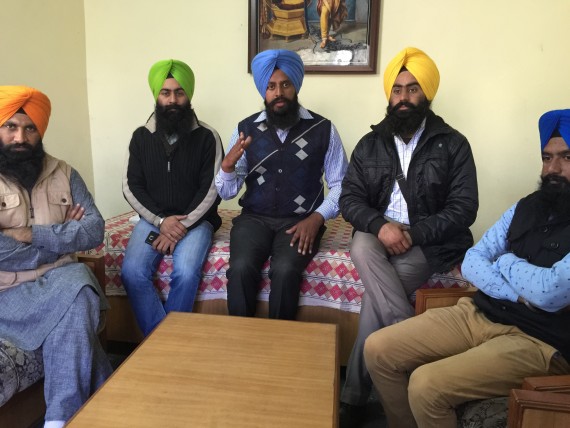 Informing the media, leaders of the SYP Paramjit Singh Tanda and Manjit Singh said their group has resolved to hold a conference on the subject ofMartyrs and our responsibilities”.

They said Dal Khalsa head H S Dhami and Chairman of Sikhs for Human Rights Advocate Harpal Singh Cheema would be key speakers. They said apart from paying homage to martyrs, the speakers would shed light on burning issues that has posed challenges to present day young generation.

They said during the conference the issues that would be made basis of the discussion includes intolerance in Punjab, controversies surrounding Sikh institutions including Akal Takht, bogey of terrorism, farmers suicides, rise of drug menace especially distribution of drugs and liquor during elections, misuse of sedition laws against political dissidence, besides other issues.

In reference to the ruling Akali party, they stated that a single party with a monopoly in Sikh politics was working in “connivance” with “saffron powers” to damage Sikh tenets.