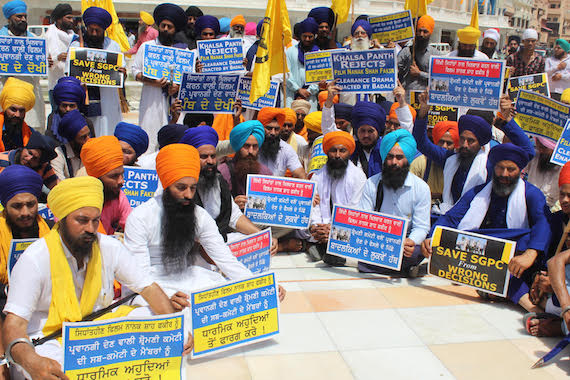 The march started from Bhandari bridge and culminated at Akal Takhat in which hundreds of Sikh Naujwan participated chanting slogans against Akalis and SGPC sub-committee members who were instrumental in giving clearance to the controversial film. The protesters demanded dismissal of sub-committee members from religious posts. 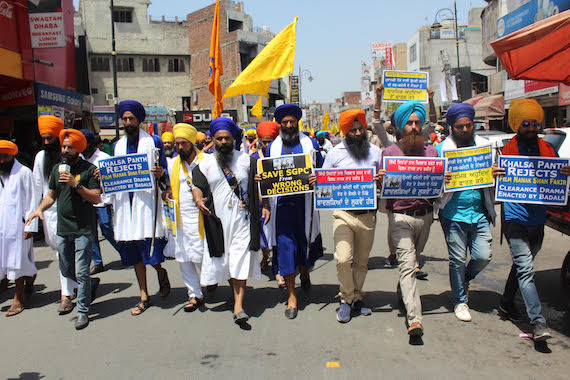 The organizations were unanimous that sub-committee of the SGPC that gave NoC to the film producer was at fault as they overlooked the Sikh principles and resolution of 2003 of Dharam Parchar that prohibits human representation of Sikh gurus and their family members in any form including through computer graphics. The organizations in a memo to SGPC president sought removal of all committee members who had any role in providing no-objection certificate to film producer Harinder Sikka. 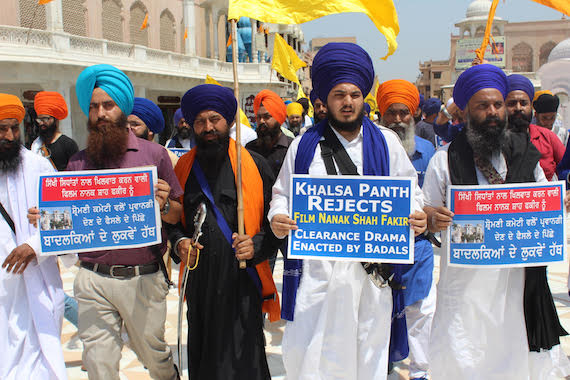 In a memo, their leaders urged the SGPC to constitute a committee of experts on the subject to prepare a literature in all languages in the light of above resolution of 2003 and Sikh principles and ensure that it reaches in the hands of all directors, producers and actors linked with Bollywood.

Being a holiday offices of the SGPC were closed. Hence the official on duty received the memo. 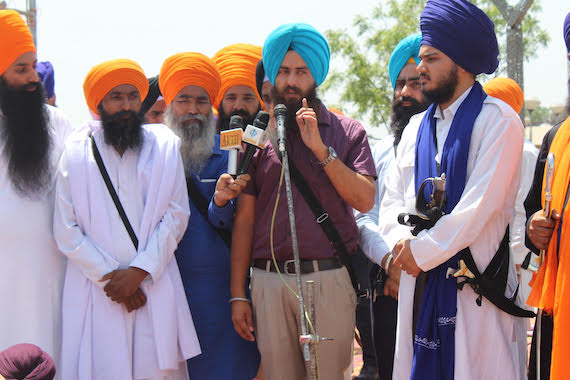 The organizations raised their objection on the decision of the SGPC to shift the Sikh reference library out of Darbar Sahib complex. They demanded SGPC to shelve the decision as the present library was testimony to the attack on shrine in June 1984.

Paramjit Singh Mand was of the view that the members of the sub-committee have lost all moral rights to be on the seat or member of the august body.