In a written release issued today, the Sikh youth groups today decided to hold a conference at Amritsar on April 24 in this regard. After the conference, a march will be taken in the city, which will culminate at Akal Takhat. After the Ardas at Takhat, representatives of all organizations will submit a memo to the SGPC seeking action against members of the sub-committee who gave NOC to the film. 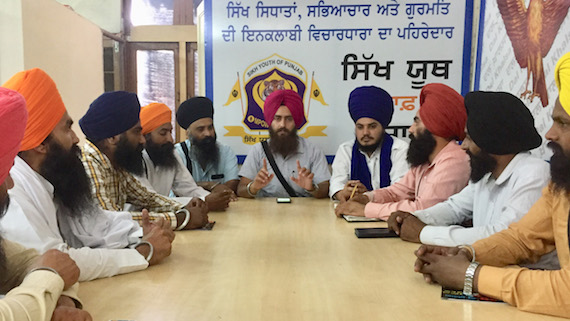 The information was released by Paramjit Singh Mand, Sukhraj Singh, Dilbagh Singh, Paramjit Singh Akali, Balwant Singh Gopala and Ranjit Singh Damdami Taksal after holding a meeting in Amritsar where they reportedly chalk out the programme. They resolved to work together in future to confront challenges faced by the Panth.

Sikh youth activists said that they were unanimous that sub-committee of the SGPC that gave NOC to the film producer was at fault as they overlooked the Sikh principles and Hukamnama of 2003 of Akal Takhat that prohibits human representation of Sikh gurus and their family members in any form including through computer graphics. Mand said members of the sub-committee have lost all moral rights to be on the seat or member of the body.