Hoshiarpur: To commemorate the 317th anniversary of Khalsa Sajna Divas, the Sikh Youth of Punjab (SYP) has resolved to organize a seminar on Sikh Nationalism on April 17 at Anandpur Sahib focusing on cultural and identity issues. 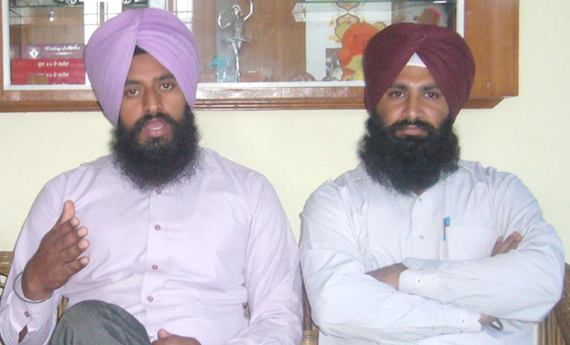 President and vice-president of the youth group Paramjit Singh and Gurpreet Singh informed the media that the function would be dedicated to martyrs of faith who laid down their lives upholding the sanctity and respect of holy Guru Granth Sahib in the recent past. 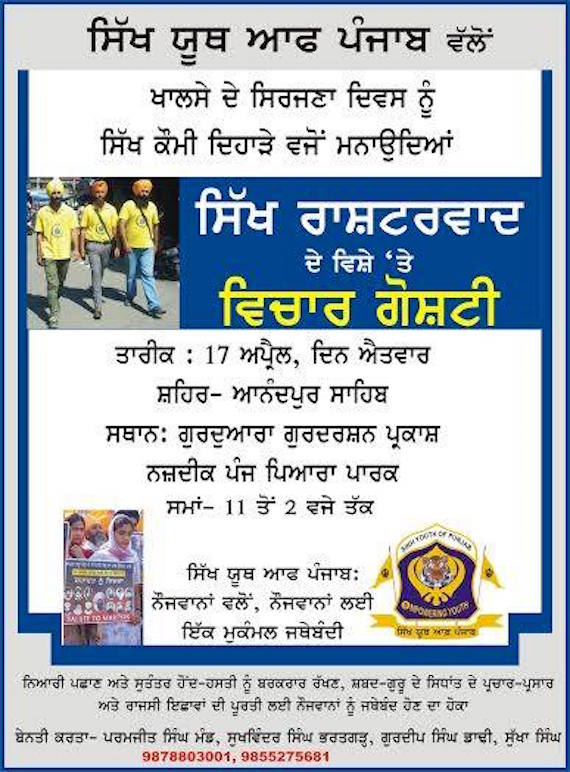 They said speakers would emphasize on character building of youth and imbibing Sikhi spirit in them. They would dwell upon the unique aspects of culture, social and language that make up for the distinct identity of the Sikhs, said they.

Explaining the aim for organizing the seminar on the said subject, they said in this heavily loaded climate of intolerance and fear, the new definition of “Nationalism” as coined by the Hindutva forces was being imposed on people with distinct identities and Dalits. Hence, it’s our concentrated efforts to awaken the youth to face the challenges and enlighten them about our distinct identity and our glorious sovereign past, they added.