This year, the theme for the festival is Sikhs – Agents of Change. SikhNet received 27 films from young Sikh directors in the United States, the United Kingdom, Punjab, India and the United Arab Emirates. The majority of the films this year have come from Indian subcontinent. These films can now be viewed through the SikhNet website.

The SikhNet Youth Online Film Festival offers prizes for different categories. The Junior Division is for directors ages 11-17. The winner of this category will receive a $500 prize.

The Intermediate Division includes directors ages 18-28. The top three films will be awarded $1000 each.

The Senior Division focuses on directors above age 29. The winner receives recognition and promotion, but no cash prize.

Judging for the winners will involve SikhNet staff with audience input. The online audience can watch the films, “like” the films through various social media such as Facebook, YouTube, Twitter and Google+, and then comment on the films and share the films with their friends and family. Feedback from the audience will be a factor in determining this year’s winners, says a SikhNet release. 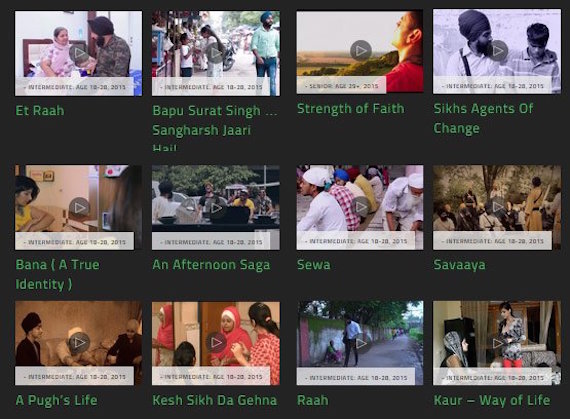 Films are open for public likes and comments between September 15 and September 29th.  All winners will be announced on October 2nd.

“The SikhNet Youth Online Film Festival has always given Sikh youth a chance to express themselves through digital media. To tell the stories they think are important, and to find their own voices. The Festival originated in 2006 with SikhNet’s recognition of the immense popularity and creativity of video postings on Internet sites such as Google Video and YouTube”, reads the release.

According to SikhNet Webmaster, Gurumustuk Singh, “Tapping into the creativity of Sikh youth worldwide has been one of SikhNet’s primary goals. In 2006, when we initiated the online film festival, we could not envision what beautiful films we would receive. Nor could we have imagined the groundswell of support from the Sikh community worldwide.

“I never thought that the Film Festival would continue for 10 years. That it would catch on like it has, especially in India. It’s great to see Sikh youth finding and expressing their voices.”

“SikhNet  considers every film submitted a winner in its own right. The SikhNet Youth Online Film Festival is truly a Sangat event. Sikh youth create the films and Sikhs around the world watch, enjoy and share them” he added.

From all of us here at SikhNet, we hope that you enjoy this year’s SikhNet Youth Online Film Festival: Sikhs – Agents of Change.