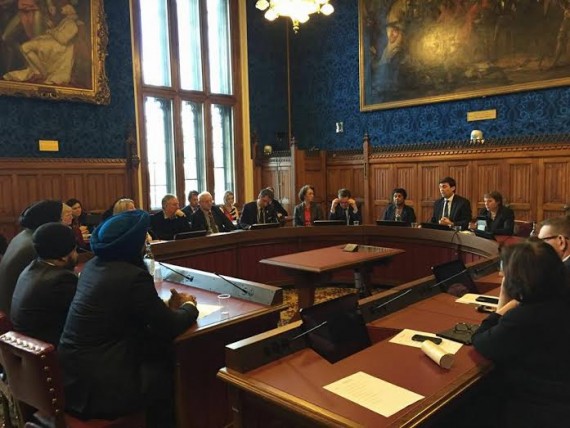 Many other prominent MPs and Peers also took part, including Tom Watson MP, the Deputy Leader of the Labour Party, John McDonnel MP, the Shadow Chancellor and the Rt Hon Lord Falconer, the Shadow Lord Chancellor and Shadow Secretary of State for Justice.

Dabinderjit Singh OBE, the principal adviser to the Sikh Federation (UK) and an advisor to the Sikh Network was the first to give evidence. His opening statement is reproduced below and had a clear impact on the politicians listening and national media representatives that were present in large numbers.

He was followed by Eileen Turnbull representing the Shrewsbury 24 campaign and Barbara Jackson from the Orgreave campaign.  Later politicians heard from Alastair Morgan, from the Justice for Daniel campaign and Jacqui Hames, from Hacked Off. All campaigns carried a similar message of the challenges in obtaining justice