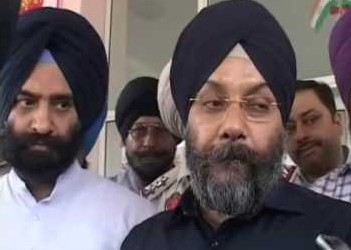 Sikhs for Justice has sent a return statement in this regard to the Sikh Siyasat News (SSN).

SSN has decided to reproduce the text of this statement in verbatim, which reads as follows:

Responding to the allegations of SFJ extorting money through filing human rights violation lawsuits in the US Court, attorney Gurpatwant Singh Pannun, legal advisor to SFJ stated that DSGMC officials GK and Sirsa “are under misconception that they can thwart the legal process in the United States also as they have been doing with impunity in Delhi and Punjab”.

SFJ a human rights advocacy group, which is spearheading a “Referendum Campaign” is being targeted with false accusations and in April its Facebook page was also blocked.

Terming “Sirsa’s accusations and complaint as an unsuccessful defense out of bollywood, attorney Pannun stated SAD (Badal) leader is fearful they he will be “arrested and charged by New York Police” for openly issuing Criminal threats to an employee of “Pannun Law Firm” who was helping the licensed process servers to track GK on July 11 in New York.

“Filing of a frivolous complaint with US DOS carries serious criminal and civil consequences, and we will make sure that GK-Sirsa duo who are raising funds at the behest of SAD (Badal) for the upcoming Punjab elections are not allowed back in America”. “We will continue to hunt human rights violators who come to US to solicit funds to strengthen their political power ” added attorney Pannun.

“I was threatened to be killed and physically harmed by SAD (Badal) leader Sirsa ”, Jagjeet Singh stated in his complaint filed with 102 Precinct NYPD in Richmond Hill, NY. NYPD opened an investigation against “Sirsa” on the charges of threaten to kill or physically harm someone.

On a complaint by victims, a Federal Court in Manhattan issued summons against GK on the charges of victimizing a 1984 widow and using torture as tool to wrest the control of top Sikh body. July 10 complaint filed by victims under “Torture Victim Protection Act” (TVPA) of 1991 seeks punitive and compensatory damages against DSGMC President.

More News related to this issue: